TRADE sanctions on Russia are harmful for everybody, Prime Minister Robert Fico said during a meeting with Russian President Vladimir Putin in Moscow on June 2. 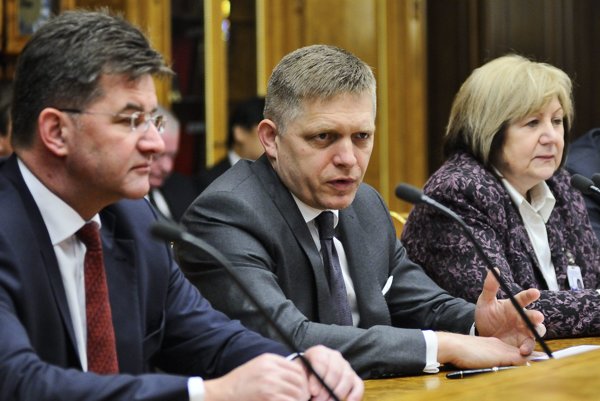 Analysts responded that with the visit, Fico only harms the interests of Slovakia, the Sme daily reported.

While he was talking to Chairman of the State Duma Sergey Naryshkin, several Russian media published an interview with Fico in which he was criticising sanctions against Russia.

“The sanctions do not have the expected effect,” Fico said in an interview held on May 29 in Bratislava, which is now being published by several media. “They harm both Europe and Russia. I do not know who may be happy with such mutual damages.” He also compared the sanctions to those imposed on Cuba by the United States. 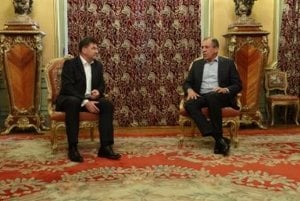 Fico reiterated his statements that “we do not need any clatter of weapons, we do not need to compete with sanctions, but we need a normal dialogue about how to solve this problem” at his meeting with his Russian counterpart Dmitry Medvedev. The Russian PM stressed that if the European Union does not cancel the sanctions, Russia will adopt counter-measures, as reported by Sme.

They also talked about gas deliveries after 2019, as Russia plans to stop supplies to Ukraine as of 2019.

With Putin, Fico discussed the broad-gauge railway, but also the possibility that the ice hockey team Slovan will stay in the Kontinental Hockey League, the TASR newswire wrote.

Before his meeting with Russian President Vladimir Putin, Fico called from the hotel to Ukrainian President Petro Poroshenko to assure him that Slovakia will observe the sanctions regime. He also confirmed the intention to preserve the volume of reverse gas supplies to Ukraine, Sme reported on its website.

Fico will also “further uphold the unity of the European Union in the issue of sanctions regarding the Russian Federation”, reads the official website of Poroshenko.

The PM also stressed during his meeting with Naryshkin that the relations between the two countries are not burdened with complicated questions, and that there are many moments in the history which connect us. He, however, failed to mention the recently broadcast document about the 1968 invasion of Czechoslovakia, in which the authors described it as a protection of Czechoslovakia from fascists and NATO, as reported by Sme.

The document was, however, criticised by Foreign Affairs Minister Miroslav Lajčák who met with his Russian counterpart Sergey Lavrov, Sme wrote.

“If Slovakia’s interest is to keep cooperation with the EU and NATO, to strengthen the democratic values and plurality of opinions, and to contribute to the safety, then such visits actually harm these interests,” Marian Majer of the Central European Policy Institute told Sme.