ONE IN six early and violent deaths caused by alcohol. 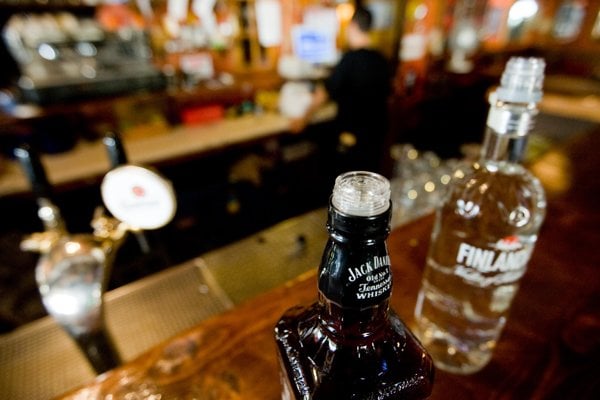 This stems from the revelations of scientists from the Comenius University’s Jessenius Faculty of Medicine located in Martin (JLF UK), who collected information from 14,161 autopsies carried out during 20 years. In 2,317 cases people had more than 2 parts per thousand of alcohol in their body.

“We have seen a significant increase in deaths caused by alcohol since 1993,” Ľubomír Straka of the JLF UK told the Denník N daily, adding that the situation has stabilised since 2000 and it currently stands on roughly the same levels. “It is optimistic that the number of deaths caused by car accidents has dropped.”

About 4 percent of all analysed deaths were caused by alcohol poisoning. The second most frequent cause were victims of car accidents, mostly drunken pedestrians. Accidents, like falls, drowning, exposure or falling under a train are also common, the analysis suggests.

It also showed that aggressive people are also at risk; as they either commit suicide or become victims of murder when drunk. People with cardiovascular problems are also in danger.

As much as 90 percent of victims are men, with most of them having basic education. This may be caused also by the fact that women mostly drink at home, which avoids the possibility of dying on their way home. The fact, however, is that women’s bodies are less tolerant to alcohol, Straka explained to Denník N. As for the basic education, he said these people may not be as aware of the risks of drinking alcohol than people with higher education.

Another revelation is that the most risky months are October, November and December, while the most frequent days are Friday and Saturday. Regarding the age, the most endangered are people aged 40-49 years.

This is possibly caused by the fact that men at this age are more economically stable, can spend more money and have many contacts. Moreover, they are not limited by various diseases, Straka told Denník N.

Based on these findings, Straka offered a characteristic of an alcohol victim: “A typical example is 45-year-old man on his way from the pub on Saturday in November who becomes a victim of a car accident or non-cushioned fall on the head.”