THE CABINET adopted a draft bill on reforming the construction law May 27, and thought the law must still pass the full parliament, it is expected to come into force by July 2016. 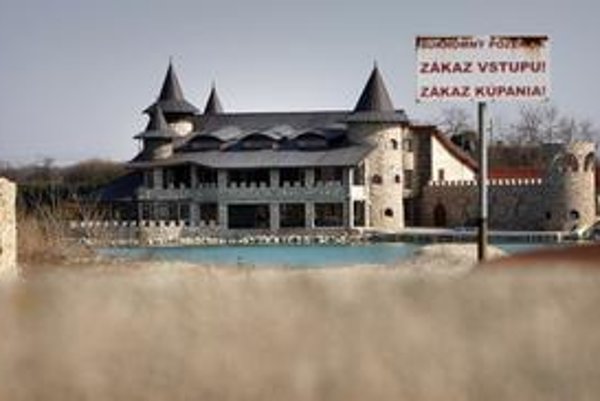 The new bill will replace the current law dating back to 1976. Preparation of a brand new construction law has been on the government’s agenda for several years while the ministry cooperates on its wording with experts as well as the general public. Contrary to the original draft bill, the adopted bill provides more time to owners of illegal constructions to legalise them.

“There are not many laws that so existentially touch each of us as the construction law,” František Palko, state secretary of the Ministry of Transport, Construction and Regional Development said when introducing the bill. He believes that the new bill will bring order in land, increase effectiveness and secure professionalism of those involved in construction-related decision-making processes.

Among the biggest novelties of the new construction law is a duty of each municipality to create a master plan for guiding its development and growth. Currently, only municipalities with 2,000 inhabitants or more are required to have such a plan. The new law gives all municipalities a duty to draw up and approve their master plans until 2037 while those smallest, with less than 500 citizens will get the longest time to do so. These along with detailed plans setting conditions for building constructions should fasten and facilitate construction-related decision-making processes.

During the wording of the law, experts from the construction sector as well as the general public raised objections against the draft bill and proposed 2,375 comments and amendments, of which the ministry accepted 846. Via Juris judicial watchdog raised many objections while its lawyer Zuzana Čaputová claims that they managed to push through those most important.

Construction Minister Ján Počiatek hopes that based on the new law, in case it becomes effective as it is planned in mid 2016, all the illegal construction would be solved by 2024 as there will transition period of eight years since the law becomes effective.

“One should remember that there is some history,” said Počiatek as cited by the TASR newswire. “This is why it is necessary to set a transition period. The border period is the year of 2024 when all illegal constructions should be resolved definitively. For me it is more important that after 40 years we took courage to write a brand new law, which brings in this respect a completely clear and precise regulation.”

In Slovakia, it is common for illegal, unlicensed buildings to gain legal status during their construction or after they are completed.

Počiatek promises that in the future there will be no illegal constructions as the new law does not enable ex post facto legalisation of buildings. This means that when a construction office will find out that any building is being constructed without a valid permission, it will be obliged to start a proceeding about its removal. The bill also moves the burden of financing liquidation of illegal construction to the builder.

Legalisation of illegal settlements of marginalised groups of citizens, for example Roma, will follow a special scheme under which the transition period would be postponed. As these mostly stand on land without a valid master plan, firstly municipalities to which the settlements belong will have to elaborate and adopt master plans and only afterwards the process of legalisation of the buildings would start. This means that legalisation of such settlements may move into 2030s and later.

“We firstly have to get the settlements into master plans,” said Palko. “Only then the three-year period will start to flow. If they will not get permission, they will have to pull down their houses.”