AS MANY as 38 non-governmental organisations introduced new platform, Life Partnerships, via which they want to generate support for for legal recognition of same-sex couples and their families. 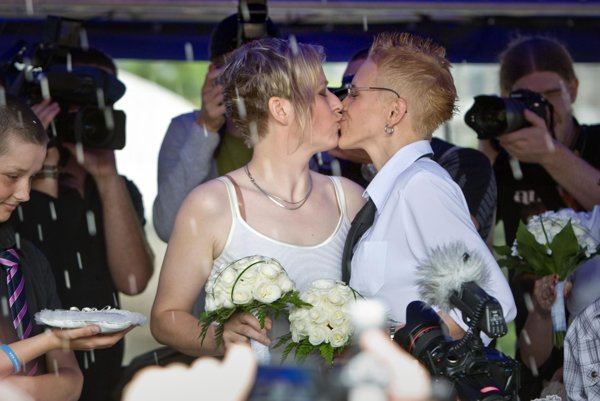 The new rules would also apply to heterosexual couples who do not want to get married. Within the campaign prepared by the NGOs they want to gradually publish the stories of same-sex couples, the TASR newswire reported.

“It is a time to make same-sex couples living among us visible, to listen to their problems and push through solutions,” Martin Macko of the Initiative Inakosť said, as quoted by TASR.

The new platform will also point to new phenomena in society, like increasing number of people living in informal cohabitations and growing number of children born outside marriage. The life partnership status should introduce the same rights and duties as are in marriage, like the establishment of undivided ownership or getting tax bonus.

Moreover, it should also be possible for same-sex couples to adopt the biological child of their partner. The condition would be the consent of the other biological parent, as reported by TASR.

The activity was also supported by Ombudswoman Jana Dubovcová.

“I welcome and support the activities of NGOs which seek for the changes to our legislation in a way that they contain the provisions about state-recognised form of cohabitation which, except for the different gender, meet all other criteria for getting married,” Dubovcová said, as quoted by TASR.

The Life Partnership platform is coordinated by the Initiative Inakosť which has been trying for legal recognition of same-sex couples since its establishment in 2006.