IN THE coming years, Slovak economy will accelerate, the June prognosis of the Organisation for Economic Co-operation and Development (OECD) states with economic growth surpassing 3 percent. 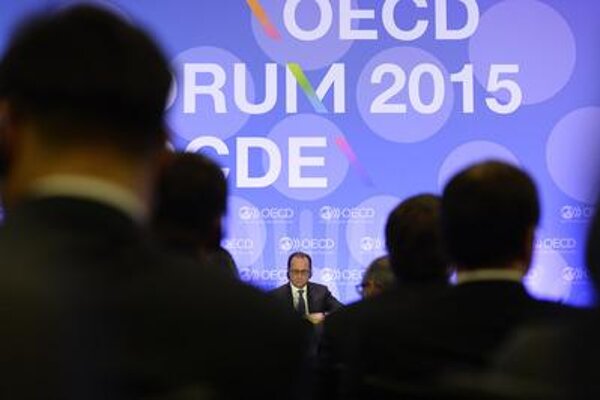 Next year, there should be 3.4 percent growth, the SITA newswire quoted the OECD prognosis. Apart from improvement on the labour market, increase of consumer trust and growth of real income (contributing to increased spending of households), exports connected with improving business mood and growing investments should help.

Despite the faster economic growth, price development should remain subdued; after last year’s decline in 0.1 percent, prices should fall also this year – in 0.2 percent. Return to growth in consumer prices is expected in 2016 when the year-on-year harmonised inflation shall amount to 1.4 percent.

Development of Slovak public finances is slightly worse, according to the OECD. While the cabinet of Robert Fico plans a public finance deficit at 2.5 percent of GDP this year, the OECD forecasts a 2.7 percent deficit. For 2016, government plans a deficit under 2 percent, while OECD expects 2.3 percent. It would welcome further consolidation for the upcoming period, recommending the introduction of cap on expenditures.

The OECD also advises to Slovakia to focus on measures improving business environment, motivating further influx of foreign investments, dampened because of slow growth of country’s business partners and because of competition from “low-cost” competitors from this region.

Measures aimed at business environment, infrastructure, innovations and education can offer a stimulus for influx of foreign investment, the OECD writes, adding that boosting administration capacities and enhancing the use of simplified procedures can help increase the use of EU’s structural funds.