THE ANNUAL march for LGBTI rights, known in Slovakia as Dúhový PRIDE will not take place in 2015, the organising team and NGOs Queer Leaders Forum, Iniciatíva Inakosť and Nomantinels announced. 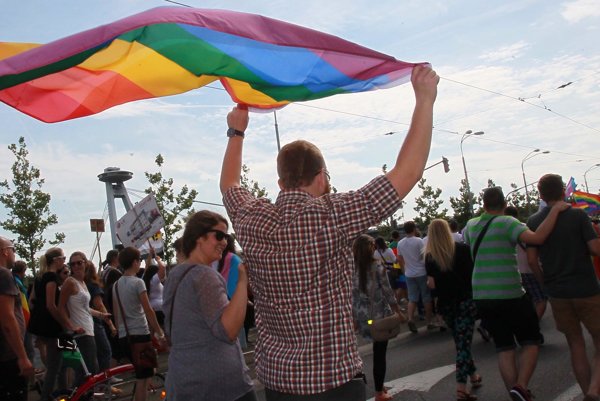 They cite as the reason behind this decision the bad mood in Slovak society, still annoyed by the nonsensical campaign before the February referendum which touched on issues of family, its protection, homosexual marriages, children adoption and sexual education at schools.

“We want the PRIDE to be perceived as a peaceful, pleasant and cultural expression of pride, as contrasting to the degradation and putting down that LGBTI constantly experience in their lives,” the organisations announced on June 4. “Thus, we have decided to express our PRIDE in a different way than by a march through the city. We are involved in several events and campaigns."

“Slovakia needs to hear the life stories of LGBTI people, their parents, children, friends and colleagues,” reads their letter as quoted by the TASR newswire. “Thus, we are going to collect your stories, in collaboration with the Životné partnerstvo platform, which we will then be able to bring to all people in Slovakia.”

However, PRIDE as a march is not ending in Slovakia, and its organisers focus on preparations for th Dúhový PRIDE Bratislava 2016.

“We believe that also thanks to ideas of young creative people presented in the Young Lions Slovakia 2015 competition, next year’s march will exceed all expectations,” they stated.

Dúhový PRIDE Bratislava has taken place five times. Since its beginnings, it has evolved from an initial demonstration of bravery and courage into an event helping to open the debate on creating equal rights for LGBTI people in Slovakia.