REDUCTION of the value added tax on selected basic foodstuffs from the current 20 percent to 10 percent is one of those more noticeable out of 15 measures of the second social package Prime Minister Robert Fico unveiled last week. 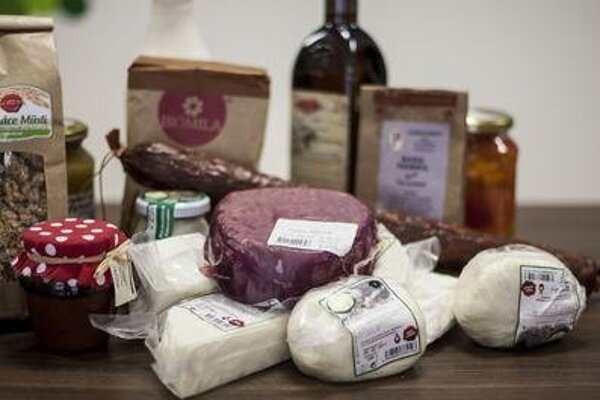 Slovak food producers pin hope on this measure, anticipating that the lower VAT would reflect in lower prices, boosting their sales, but experts and market watchers warn about inflated expectations.

The government plans to reduce VAT on basic foodstuffs as of beginning of 2016, but so far the exact list of basic foodstuffs has not been defined yet. The foods mentioned so far include milk, bread, butter, fresh meat and maybe fresh-water fish and fruits and vegetables. The government plans to sign memoranda about reduction of prices due to lower VAT with retail chains and use pensioners to watch prices in stores to monitor whether merchants really reduced the prices. Estimates how much this measure will cost the state budged oscillates between €60 million and €100 million in lost budgetary revenues.

“Even though the measures will have from the short-term point of view a negative impact on the state budget, I am convinced that it will reflect in state’s revenues in the long term,” Daniel Poturnay, president of the Slovak Food Chamber (PKS).

Food producers believe that lower VAT on food would positively affect the behaviour of consumers and help reduce shopping of Slovaks abroad as neighbouring countries often have lower VAT on food and thus also lower prices. This way they hope that the current 40-percent share of local foods in shops would increase.

The Agricultural and Food Chamber (SPPK) recalls that Slovakia’s VAT on food of 20 percent is one of the highest in Europe. In Hungary VAT on groceries is 18 percent, in the Czech Republic 15 percent, in Austria 10 percent and in Poland 5 percent.

The Institute of Financial Policy (IFP) a governmental think tank warns that the price drop might be lower than food producers hope.

“Experiences from abroad say that an increase of a VAT rate reflects in prices at approximately 70-90 percent,” Martin Filko, director of IFP, wrote in his memo. “On the other hand, adjustments of prices in the downward direction in case of lower VAT reach only 30 percent. To say it other words, during reduction of VAT rates households would feel only one third of the reduction of the tax burden and two thirds would remain in margins of merchants.”

Ľubomír Drahovský, an analyst with the Terno market research agency, expects that the decrease of VAT by 10 percentage points would reflect in a drop in prices by 6 to 7 percent. PKS estimates the drop at 9 percent and SPPK at 8-9 percent.

Retail chains promise that the lower VAT would certainly reflect in lower prices.

“In Slovakia competition of local and foreign retail chains is sufficient,” Pavol Konštiak, president of the Association of Trade and Tourism (ZOCR) told the Pravda daily. “There does not exist that a reduction of VAT even by 1 percent does not reflect in lower selling prices.”

A household in Slovakia spends monthly about €120 on basic foodstuffs and it is expected that this would be by €10 less as of beginning of 2016, Pravda wrote. It is expected that households can afford more. On average, Slovaks consume less meat, bread as well as milk and dairy products than is recommended. The disproportion is especially in case of milk when a Slovak citizen consumes annually only about 160 kilograms of milk and milk products while the recommended consumption is by 60 kg higher.

A higher consumption of milk and dairy products would please Slovak milk producers, who suffer from decreasing raw milk prices due to Russia’s embargo on milk and dairy imports from the EU as well as the end of milk quotas in the EU. This has resulted in Slovak market flooded with milk from other European countries, pushing prices down to levels that endanger existence of milk producers in Slovakia.

As a response several Slovak milk processors have showed interest in exporting milk to China. Milk export was already one of topics discussed during the recent visit of Speaker of Parliament Peter Pellegrini in China.

“We asked them for support in order the permission process is finished as soon as possible,” said Pellegrini as cited by the Sme daily.

There are three Slovak milk processors interested in exporting milk to China when especially powder milk is at the question. One of them is Levické Mliekarne.

“Slovaks do not eat up as much as we produce,” said Marián Šolty, general director of Levické Mliekarne. “This is why we are looking around for other markets. The Chinese are changing their eating habits … We see prospects in them.”