THE OUTLOOK for the insurance market in Slovakia remains stable and while car insurance is seeing heightened competition, the launch of payments from the second pension pillar has the potential to alter the market. 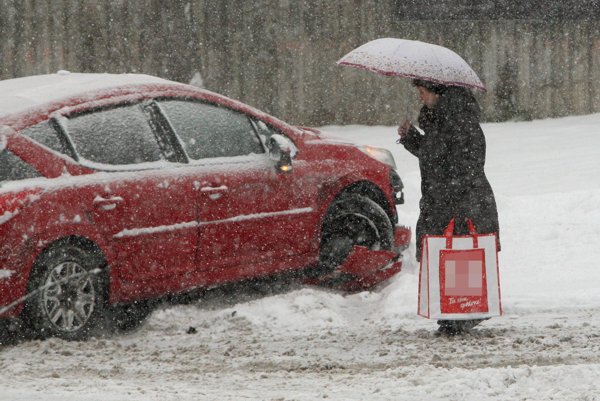 Jiří Čapek, CEO of NN, the insurance arm of the ING group, added that the life insurance market had seen little or no growth since the arrival of the economic crisis.

“Even though, in terms of the volume of written premiums, life insurance exceeded non-life insurance some years ago, the growth is very cagey,” Čapek told The Slovak Spectator. “Because of this it is of key importance for an insurance company to focus on the client and his needs, keep costs under control and focus on products that bring most benefits to the client and insurer.”

Čapek added that examples are additional insurance policies and risk life insurance focusing exclusively on insurance, without the savings element, “which we perceive as a return to the original idea of insurance as a tool for elimination of life risks”.

Such a return to the original role of insurance policies, meaning the protection of the client against unpredictable situations, such as physical disability or injuries, has been reported by other insurance companies.

While the development of the Slovak insurance market is comparable with Hungary or the Czech Republic, the market as such is still lagging behind the west. Podstupka specified that while insurance premiums per capita in Slovakia are €401, in the Czech Republic it is €502 and in Hungary €275, in Austria it is €1,966 according to data for 2013.

Čapek of NN sees the development as similar, citing experiences of NN group in 18 countries of Europe and Japan, but points to the difference in prospects of the market.

While in Slovakia the life insurance premium per capita is below USD300 in the Netherlands it is more than USD1,500. Potential is also visible in the share of GDP invested in life insurance.

Vladimír Šošovička, board representative at the ČSOB Poisťovňa insurance company, compared the Slovak market with that of the Czech Republic, which he sees as being ahead of the Slovak market especially thanks to the adoption of the new Civil Code and a functioning law on insurance policies.

“Despite the common historical and economic ties, the Czech market is significantly ahead of Slovakia,” Šošovička said.

Slovakia, where the Civil Code dates from 1964 and there is no specific law on insurance policies even though the insurance market continues to call for one, lacks such legal support.

Todor Todorov, the president and board chairman of the biggest insurance company Allianz – Slovenská Poisťovňa, added that each insurance market has its own specific features not only in terms of legislative framework, but also market development.

“For example, in the Czech Republic the deviation from traditional endowment insurance to unit-linked life insurance reported two to three years ago is expected in Slovakia this year and next,” said Todorov.

According to SLASPO, the products on offer on the Slovak insurance market are comparable with those in developed European countries.

“Its utilisation is affected by the unstable financial situation of the middle class, who are the primary targets of these products,” said Podstupka.

The most important insurance schemes are life and pension insurance, affected by the ever-changing conditions in the second pension pillar. This is a significant milestone for the Slovak insurance market, which was predicted to hit a plateau in 2015.

It is expected that Slovaks will switch to commercial life and pension insurance schemes because this year the first people involved in the second pillar have started getting their pensions from this pension pillar. However, not all of them will benefit from this system.

“Recent changes put the savers in the second pillar at a disadvantage,” said Šošovička, pointing also to the introduction of the minimum pension which will be different for those saving only in the first, pay-as-you-go pillar and those who save also in the second, private, pillar.

The aim of the Fico government, when introducing the minimum pension was to guarantee that no person with certain years of employment history will be left to the mercy of social benefits.

Since the beginning of this year, Allianz-SP has been paying out annuities from the second pillar. They are ready to pay a lifetime pension to all pensioners who meet the legal conditions and also the terms of the insurance contracts.

“It means, provide them with life-long pension regardless of their life expectancy,” said Todorov.

However, Čapek believes that even the people involved in the second pillar will seek further options to earn a decent pension.

“It is confirmed also by the minimum pension which is significantly below the minimum life expenses and would not provide decent life standard,” Čapek said. “There are enough options on the market, people just do not give them appropriate attention.”

Only 700,000 people save for their retirement in the third, voluntary, pillar compared to the 1.5 million in the second pillar.

“A person who is planning their financial future should combine both pillars,” said Čapek.

Čapek sees the benefits of the second pillar in saving from the gross wage and heredity of the savings, while the biggest advantage of the third pillar is the contribution from the employer and reduced income taxes.

Research confirmed that people in Slovakia prioritise the protection of property over life and health insurance.

The reasoning is that the property can be obtained via different loans and investments which carry risk, therefore it requires protection. But with their lives, people are more hedonistic and rely on good luck.

Čapek praises the move towards the risk coverage insurance, which is also a big market opportunity.

“As Slovaks are getting older, the state will be left with less money for fulfilling a social role,” said Čapek, adding that therefore people are becoming more interested in their future. “Life insurance is very strong in this aspect as it can cover the risks during the active life and at the same time provide for the pension. However, only few people really put aside the recommended 10 percent of their gross income.”

At Allianz-SP non-life insurance slightly prevails over life insurance, which is usual for a large universal insurance company on the Slovak market.

“Looking at the particular products, endowment insurance prevails in the life insurance schemes,” said Todorov. “In non-life insurance there is a balance between property and car insurance.”

At ČSOB, car and home insurance dominate the non-life insurance sector, what is in line with the development in the surrounding countries, according to Šošovička.

“These sectors also have the biggest potential for the future,” said Šošovička.

All sources confirmed that the Slovak insurance market is stagnating, with little growth in the life insurance sector.

“Young people aren’t fully aware of the necessity of taking care of their pension and the insurance groups do not communicate this need appropriately,” said Šošovička.

According to him, improvements can be made in the form of a greater range of commercial annuities and flexibility in the investment part of the insurance products.

“In life insurance we expect benign growth also in the future, and the bounce in market profits might enliven the saving products, which would be attractive for clients,” Šošovička predicted.

Podstupka of SLASPO confirmed that there are reserves in life insurance.

“It would be vital if commercial life insurance was supported by the state, mainly by the tax policy,” said Podstupka. “Also, there are many options in estate insurance.”

“Instead of the scope of the available products, it will be the ways of distribution that will change, in particular the behaviour of clients that move towards online options,” Janásik said. He also pointed to micro-insurance products and assistance services included in the products offered by operators or suppliers of gas and energy.