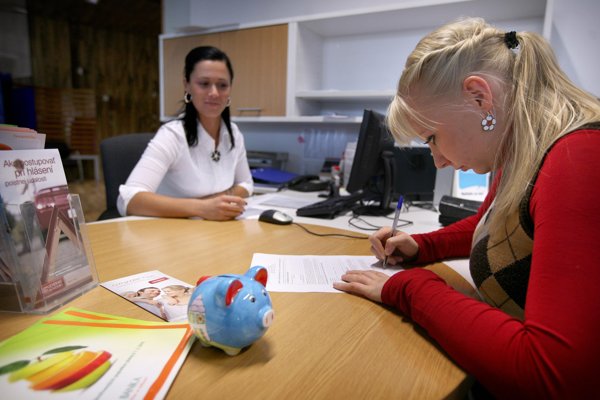 SLOVAK banks offer cheap mortgages, which come as a result of the latest policy of the European Central Bank. This should not change in the near future, analysts agree, predicting that the current interest rates will either stagnate or slightly decrease. The banks, however, compensate their losses with various fees, media outlets report.

Record low interest rates are motivating people to apply for more mortgages than in the past. The volume of mortgages increased by 14 percent year-on-year in March, which was the second highest rise in the eurozone, said Marcel Laznia, analyst with the Slovak Banking Association (SBA).

“The increased demand reflects the combination of low interest rates, higher real incomes and keenly priced real estate,” Laznia told The Slovak Spectator. Other factors include the measures adopted after the National Bank of Slovakia (NBS) had issued its recommendations in October 2014, most of which became effective in March, he added.

The average interest rate of mortgages in March was 2.87 percent annually, down from nearly 3.7 percent last year. Some interest rates were even below 2 percent, which also motivated people who had hesitated in the past to buy new housing, teh Hospodárske Noviny daily wrote in mid May.

One of the reasons for the current state is the monetary policy of the European Central Bank (ECB). It not only decreased the basic interest rate, but also launched a bond-buying programme to pump hundreds of billions into the eurozone economy in March, Hospodárske Noviny reported.

“These administrative purchases deform the market and push the prices of state bonds upwards and their yields downwards,” Jozef Ryník, PR manager at VÚB bank, told The Slovak Spectator. The drop in long-term yields then has an indirect impact on the decrease in funding costs of mortgages, he added.

Moreover, Slovaks are not as indebted as other European countries’ citizens, Hospodárske noviny wrote.

As a result, some interest rates have already fallen below 1.5 percent annually. The first to introduce such a rate was UniCredit Bank Czech Republic and Slovakia, which offers 1.49 percent annually, fixed for three years. The loan needs to be insured, with the insurance being paid in advance and being valid for five years. Moreover, applicants need to have an account and use the credit card of the bank, Maroš Ovčarik of Finančná Hitparáda told the Sme daily.

He expects that also other banks will offer rates lower than 1.5 percent, though they have not confirmed such plans yet.

The fact, however, is that the banks offer the best conditions at the end of the year, especially in November and December, said Peter Világi, analyst with Fincentrum. He expects that this time of year will bring new records, as reported by Sme.

Banks agree that among the most important changes which have recently been adopted are the NBS recommendations, especially the limits on providing 100-percent mortgages. The NBS advised banks not to provide applicants with more than 90 percent of the total price of the real estate in question. The rest should be paid from their own funds.

“When clients contribute with their own saved funds, their motivation to pay off the loan is higher,” Zuzana Ďuďáková, spokesperson for UniCredit Bank Czech Republic and Slovakia, told The Slovak Spectator.

Applicants may also combine them with a consumer loan or loan from the building savings, Miroslava Mizeráková of Hypocentrum said.

“The recommendations concern more careful assessment of the financial situation of a mortgage applicant and pledged real estate,” Mizeráková told The Slovak Spectator, explaining that low interest rates attract people to apply for loans, but banks should take into consideration whether they will be able to pay off higher instalments or deal with potential income loss.

The new limits, however, have not decreased interest in mortgages, banks say. Though they still offer 100-percent mortgages, their interest rates are higher, Marta Cesnaková, spokesperson for Slovenská Sporiteľňa, told The Slovak Spectator.

In the case of UniCredit Bank Czech Republic and Slovakia, only applicants with higher salaries and higher reserves for other household spending can get it, said Ďuďáková.

Several banks have meanwhile increased fees for clients. This means that people pay more for having an account in the bank or using the cash dispenser of another bank. With such changes, banks compensate their losses from decreasing interest rates, Ovčarik told Sme.

During the first two months of the year, banks earned 15 percent more on fees and commissions than in the previous year, which amounted to €15 million. In the past few years it was only some 5 percent, the daily wrote.

The banks, however, denied such a connection, claiming that the reason was the extension of the cash dispenser network and offered services, and simplification of the fees list. Clients can decrease the fees, but need to use other products and services of the banks, they added. The fees for having an account are, however, still higher than in the Czech Republic, Poland and Austria.

“An ordinary client can avoid fees either by using the above-mentioned discounts or finding cheaper packages,” Ovčarik told Sme.

Bank analysts expect that interest rates will stay at low levels over the coming months.

“Based on the current setting of the [ECB] monetary policy it seems probable that the period of record-low interest rates will last until at least next autumn,” Tatra Banka analyst Juraj Valachy said.

Though in the past few days yields from state bonds have slightly increased, the ECB purchases will keep them at relatively low levels until the end of this year, which means that the interest rates of mortgages will not increase soon, adds Mária Valachyová, analyst with the Slovenská Sporiteľňa bank.

The only factor which may change this prediction is a significant deterioration of the economic development and a rise in the jobless rate, according to Valachy.

“Banks do not have much room for a further decrease,” Mizeráková said, adding that the interest rates offered for some products have already stagnated or slightly increased. This affects 100-percent mortgages in particular.