Blog: Why my kids don’t have a playground

After a regime like socialism ends, a country moves on, restructures, and tries to build a new identity. There are some issues, however, that are difficult to resolve, like the complicated problem of land use. What do you do when a public building sits on private land? 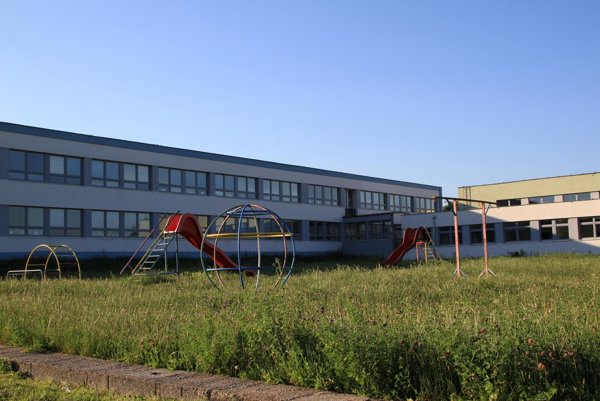 Despite looking like a zombie playground, this is the playground at our local school.(Source: Naomi Hužovičová)
Font size:A-|A+0

The school wanted to replace it but when all was said and done, one obstacle stood in their way. The land surrounding the school is private land and the owner didn’t agree.

How is it possible that a public school sits on private land? During communism (or socialism, to be precise), the state built wherever they deemed best, since all land was communal. A farm, a school, an apartment building. After the fall of communism, the land rights reverted back to the original owners - but now with a building on it.

I first became aware of this problem in my husband’s hometown. His grandfather once owned large tracts of land behind the village. During communism a state farm was built on the land (to house all the cows given by mandatory ‘donation’’), as well as a government owned apartment building. After the fall of communism, the farm was bought by a company but still sits on private land. Individuals own the flats, but not the land it’s situated on.

In compensation, the landowners can use other parcels of land for agricultural purposes. But they can’t sell it, rezone it, or build on it.

The land owner quandary came to my attention again when my children started going to school. The school informed parents that they were not able to build a new playground because of disagreements over the land. Most of the land that surrounds the school is private. The old playground sits in the very corner of an L of the building. While the owner can’t use the land, he can nix the activity on it.

When I inquire into why the school or town doesn’t buy the land, I’m told that nobody has money for it. That even for those who have money, like a local organic beef farmer who wants to expand, the owners don’t always want to sell.

The result is that there is only grass and trees surrounding the school. I’m all for imaginative play in nature, but children enjoy playgrounds as well. In this day and age, when studies show that children have trouble focusing in school because they are not active enough, when they fidget because their cores are weak from lack of use, I’m for any initiative to encourage children to go outside and play. It’s not just for fun - it’s also for the physical and mental development of our children.

The only playground near the main part of town is a small playground for toddlers on crown land that parents initiated, designed, and put together. It’s a baby playground, though, as my daughter calls it. I shall not bore you with the politics that small playground caused with the neighbouring kindergarten, of who had the key and who would lock it and who could play there when.

As for a resolution to the land problem, Slovaks seem resigned to the current state of affairs. No state organization has money to buy land when they are able to use it anyway. When I press my husband, he says that technically his family could charge the apartment dwellers to cross their land, but it’s a small village. “We know them,” he says, “you just don’t do that.”

In the meantime, I’ll take my kids to play on the zombie playground.

Naomi blogs about life in Slovakia at Almost Bananas.