MVK poll: Smer would have won but coalition partner needed

HAD parliamentary elections been held at the end of May, Smer would have won with 36 percent of the vote, according to a poll by MVK agency. 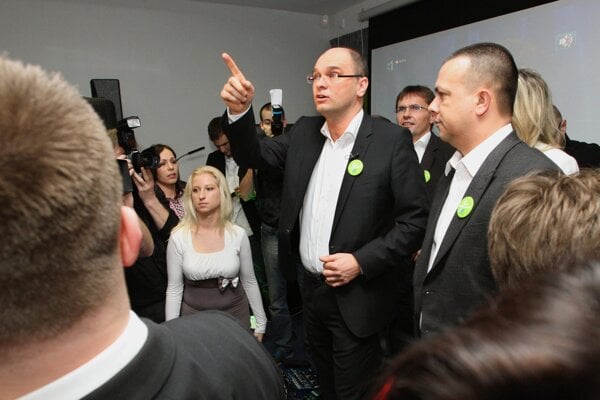 In the poll taking place between May 26 and 31 on a sample of 1,036 respondents, Smer was followed by Sieť (Network, 10.5 percent), the Christian Democratic Movement (KDH, 8.5 percent), Ordinary People and independent Personalities (OĽaNO, 7.4 percent), Most-Híd (7.4 percent), the Slovak National Party (SNS, 6.8 percent) and the Hungarian Community Party (SMK, 5 percent), the last party that would have made it into parliament.

In an opinion piece for the Korzár regional daily, Peter Schutz opined that although preferences of Smer seem to be declining against previous polls (the party had 38 percent earlier in May), the scandal surrounding party sponsor Juraj Široký and his Váhostav company has not damaged the reputation and outlook as much as it could have; maybe also thanks to the recently announced populist second package of social measures.

The poll sparked a conflict between SaS and its former colleagues-renegades who founded the SKOK party. SaS chairman Richard Sulík accused MVK and its head Pavel Haulík of doing the poll(s) on the direct order of the latter party’s chairman, Juraj Miškov.

Miškov reiterated that he sees no reason to react to somebody who helped bring down his own government, split his own party and then fled to Brussels [Sulík is MEP for SaS]. “We do not need to influence polls; we are dealing with ourselves, travelling around Slovakia, meeting people and have no time to deal with such absurd conspiracies which someone keeps inventing and creating,” Miškov said, as quoted by the Plus jeden deň daily in its June 8 issue.