A RARE and legendary Sharps rifle, used especially during the American Civil War at the end of the 19th century and the times of the Wild West, was among more than 3,000 guns and 36,000 pieces of ammunition handed over to the police during the third gun amnesty in Slovakia. 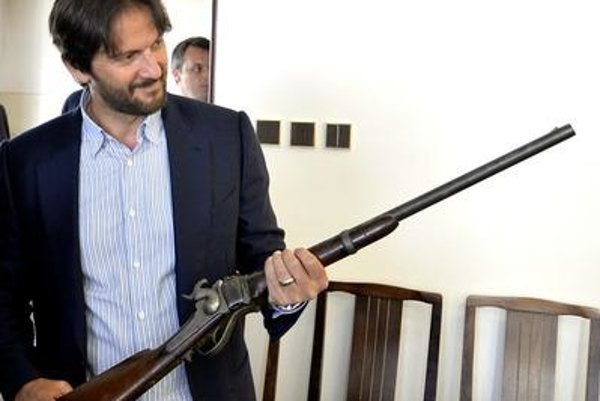 “It’s presumed that it came to Slovakia as early as the first Czechoslovak Republic,” Interior Minister Roberty Kaliňák specified on June 8 as cited by the TASR newswire.

The current value of this rifle might be as much as €5,000 and the citizen from the Trnava Region, who brought it to the police along with other weapons, has requested its return. Based on the valid legislation, this is a historical weapon and examinations showed that no known crime was committed with it.

Another old gun turned in is a converted Mauser pistol that was most probably used in WWI.

The third gun amnesty was held between December 2014 and May 2015. As Minister Kaliňák and Police Corps vice-president Ľubomír Ábel reported at a joint press conference held in Bratislava, approximately 11,000 guns in all have been acquired in the three amnesties in Slovakia, while the aim was to net 10,000 arms.

The highest number handed over within the most recent amnesty was in the Žilina Region – 453 guns, while the lowest was seen in the Trenčín Region - 214. In addition, about 10 percent of the arms obtained were percussion guns and converted guns. Over half of the total were long barrel guns, while some 40 percent were revolvers and pistols. The rest were antique and banned guns.

The guns and ammunition collected will be subject to ballistic assessments. People who handed over illegally held guns will be able to register them within a designated time period under the condition that no crime has been committed with the gun and that they meet all requirements as gun holders. People were also able to sign guns over to another person eligible to hold them. If they fail to do one of either of these, the gun will become the property of the state.

Minister Kaliňák did not rule out the possibility that a fourth amnesty will follow, but if this is the case, it will not be held in the next one or two years.