Russia and Ukraine: stay the course

In recent months, Ukraine has receded from the news headlines in Slovakia. This is understandable, as other domestic issues such as the Váhostav crisis have been dominating headlines. 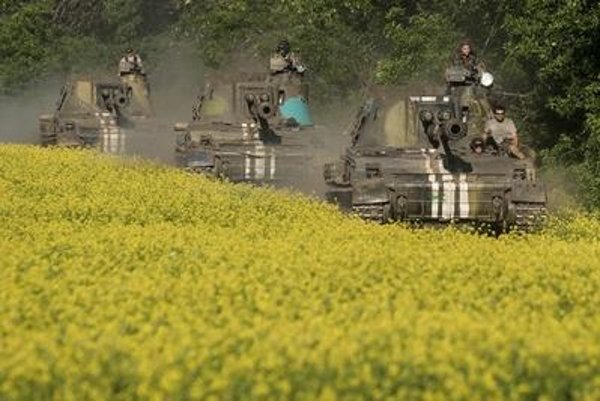 But we must not forget Ukraine. The situation there remains fragile and worrying. Fighting continues and would appear to be escalating. Separatist forces, supported by Russia, continue to destabilise parts of eastern Ukraine.

In Crimea, illegally annexed by Russia, we are seeing a disturbing deterioration of human rights and narrowing of political space and media freedoms. The 71st anniversary last month of the deportation of Crimean Tatars was a particularly poignant moment, showcasing the renewed attacks on this community under Kremlin rule.

So the world must remain focused on Ukraine. In February, France and Germany brokered a set of agreements in Minsk, offering a path towards ending the conflict and restoring Ukrainian sovereignty over the Donbass region.

We fully support the implementation of these agreements. It is encouraging that working groups are starting to take forward the detail. All parties – including Russia and Ukraine – must commit to this process and engage seriously and constructively. When he spoke to President Putin on 25 May, Prime Minister David Cameron stressed the need for the full implementation of Minsk.

For that reason, I welcome that in March the EU clearly linked its current sanctions package to the full implementation of the Minsk agreements. This is necessary for two reasons. First, to signal our strong collective concern over Russian actions. And second, to apply pressure on Russia to meet its obligations under the agreements.

Sadly such pressure remains necessary in the light of a clear pattern of continued Russian destabilisation of eastern Ukraine. Last Thursday the Atlantic Council released a report about Russia’s continuing illegal and clandestine military activity in Ukraine. This report contains solid, open-source evidence which has been painstakingly collated over many months with the help of Bellingcat, a British social media investigative organisation.

Amongst other things, the report documents the journey of Russian military equipment across the border to battlefields in Ukraine. It provides new evidence that many of the attacks actually originated inside Russia itself, not from separatist-controlled areas of Ukraine – based on satellite data, crater analysis, and open source materials. And it shows satellite imagery confirming the movement of Russian troops and camp build-ups along the Ukrainian border.

This report is one piece of evidence countering the Kremlin’s claim that it is not fuelling the conflict in Ukraine. We saw a couple of weeks ago two Russian Special Forces troops captured in Ukraine, carrying Russian-issued equipment and weaponry (including a silenced sniper rifle) and confessing they were there on a mission by the Russian state.

There is more. On 12 May Boris Nemtsov’s report ‘Putin’s War’ was posthumously published, identifying at least 70 Russian soldiers who had died fighting in Debaltseve this year. NATO estimates that hundreds of Russian troops and Special Forces are currently active in Ukraine, with many thousands more poised along the Russian-Ukrainian border.

In February, Russia and Ukraine agreed in Minsk a series of measures to bring an end to the conflict. Article 10 of those agreements could not be clearer: ‘withdrawal of all foreign armed formations, military equipment and mercenaries from Ukraine, monitored by the OSCE’.  Russia is clearly not meeting this.

Russia is also breaching Articles 1 (an immediate and comprehensive ceasefire), 2 (allowing the OSCE to monitor the ceasefire) and 5 (releasing all hostages and illegally detained persons).

For these reasons, we must continue to put pressure on Moscow to maintain its commitments under the Minsk agreements. Kiev must also keep its commitments, including on constitutional reform.

The next few months will be a crucial test for the international community and the EU in particular.  I understand Russia is threatening additional measures against the EU if the June European Council decides about rollover of sanctions. However, we need to stay the course we have chosen, and be ready to take further measures if necessary – if the Kremlin encourages another upsurge in violence, for example.

There are many possible pitfalls on this path.  But as the European Union, we must remain united.  The prize is a whole, prosperous and secure Ukraine right on our borders.