A CHINESE state-run company may become the owner of the 66-percent stock in electricity producer Slovenské Elektrárne (SE), currently owned by Italian Enel. 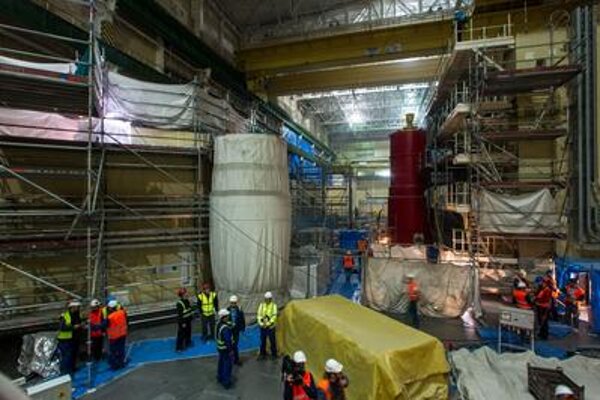 According to the Denník N daily reports, the China National Nuclear Corporation (CNNC) is interested in the sale. This was confirmed by two sources familiar with the competition.

The participation of the Chinese company, which has immediately become the favourite of the tender, came as a surprise. It submitted a request for detailed information about the company only after May 7, which was set as a deadline for submitting bids for SE shares. Until then it was probable that three companies will vie for the stock: Hungarian Slovak consortium MOL/Slovnaft/MVM, Czech-Slovak Energetický a Průmyslový Holding (EPH), and Finnish specialists in nuclear energy Fortum.

The last company still has not confirmed its interest in purchasing the shares.

“Fortum is continually evaluating the development in all fields of its business,” it wrote in the response, as quoted by Denník N, adding they will not comment on rumours in the market.

The Chinese are, however, considered favourites because they can offer to Enel more money than local European companies which are dependent on banks. Though they missed the official deadline for submitting their bid, it will only depend on Enel whether they will make an exception, Denník N wrote. However, the daily failed to get in touch with the company, while the Chinese Embassy in Slovakia says it has no information about the possible sale.

In case they win the competition, the CNNC will become a partner of the Slovak government which currently controls 34 percent in SE. They will then decide from which sources and under which conditions they will complete the third and fourth nuclear blocs at the Mochovce nuclear power plant, according to the daily.