THE FIRST valid verdict has been issued in the Bonanno case from autumn 2010. 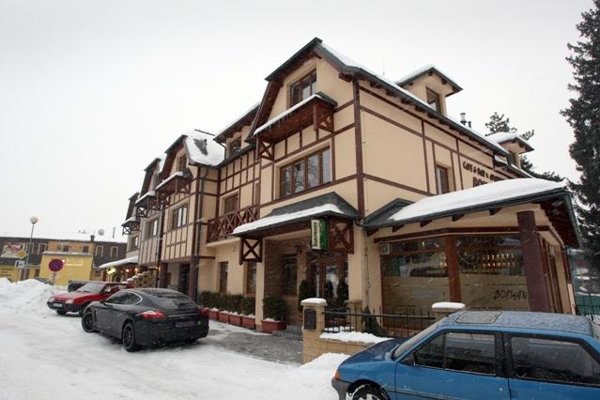 The appellate court confirmed the partial ruling of the first-instance court that the publisher of the Nový Čas daily, company Ringier Axel Springer, has to publish an apology to Supreme Court Judge Daniel Hudák on the front and following page.

The lawsuit is part of a series of charges against Ringier Axel Springer for the publishing of stories and photos from a private meeting of prominent lawyers and judges, dubbed the Judiciary Oscars Association, in the Bonanno bar in Rajecké Teplice in autumn 2010. A total of €1.8 million in damages is being sought in the lawsuits.

The fact is however, that two courts have recently issued two different rulings over one dispute, the Sme daily reported. While in one case they decided in favour of the plaintiff, in the other they favoured the daily.

In Hudák’s case the senate of the Bratislava Regional Court claimed that no proof confirmed he was present in the situation captured in the pictures from the party. Hudák was demanding an apology and compensation of €100,000 for a series of stories published by Nový Čas in June and July 2011. The Bratislava II District Court met his request only partially as the judge did not deal with the compensation, Sme wrote.

Also other two alleged participants in the party have sued the daily, but their complaint has not been accepted. While in January the district court turned down the complaint submitted by Supreme Court Judge Štefan Michálik, in early June Judge Eva Bieliková rejected the complaint of Supreme Court Judge Juraj Seman. She explained that according to the law the judges should not do anything that would harm his or her reputation. The public representatives should also withstand more criticism, as reported by Sme.