The construction of Višňové tunnel starts

AFTER several promises work began on the 7.5-kilometre Višňové tunnel near Žilina. 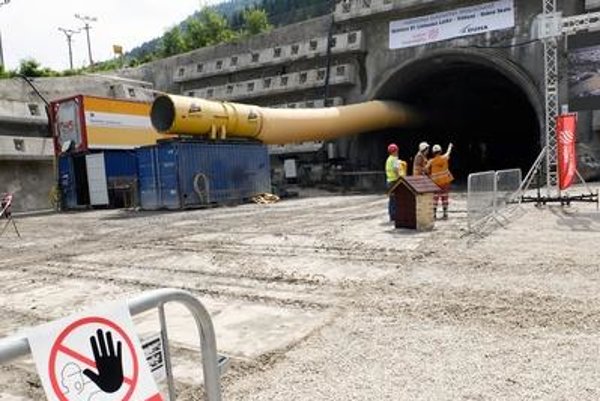 The tunnel will be part of the 13.5-kilometre stretch of the cross-country D1 highway Lietavská Lúčka – Dubná Skala. It will cost nearly €410 million and it is planned to be finished by the end of 2019.

The founding stone of the tunnel was tapped already in February 2010 by Prime Minister Robert Fico, with the plan of it being completed in mid-2014.

The highway stretch Lietavská Lúčka – Dubná Skala is being constructed by an Italian-Slovak consortium composed of companies Salini Impregilo and Dúha Prešov for €409.8 million without VAT.

“It is important that though there is a Slovak partner at this section, he is connected with a very strong foreign partner who has broad experience with digging a tunnel,” Počiatek said, as quoted by SITA, adding that the owner of Salini Impregilo considers it a priority. “It is good news also for us as investor since there is a promise they will use all up-to-date technology they have.”