French President Francois Hollande will attend a summit of the Visegrad Four (V4) countries’ prime ministers in Bratislava on June 19 after the government passed a proposal for extending the summit on June 10. 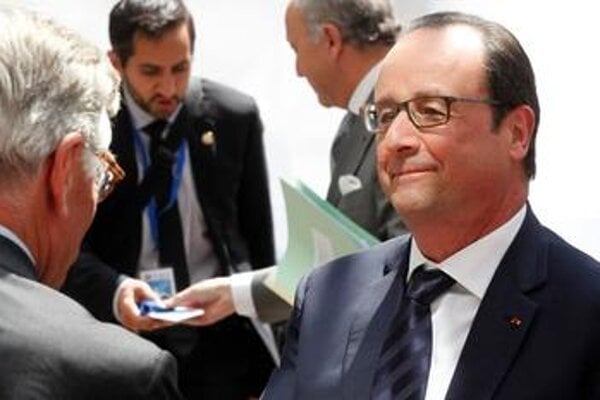 An official summit of heads of governments is always held at the end of a country’s V4 (i.e. Poland, the Czech Republic, Hungary and Slovakia) presidency. The current presidency is held by Slovakia and is due to end on June 30. The Czech Republic will hold the next year-long rotating presidency.

At the summit, the prime ministers will assess the results of the Slovak presidency and formally approve the Czech presidency programme, the TASR newswire wrote. They will also continue a discussion started by the V4 defence ministers in April, when they agreed to boost defence cooperation.

In addition, the premiers will discuss attitudes before the European Council meeting held in Brussels on June 25-26. The discussions involving Hollande will touch on topics including preparations for the UN conference in Paris on climate change, energy security, economic growth, unemployment, EU joint security and defence policy and Ukraine.