WEEKS ago Prime Minister Robert Fico – to much criticism – paid a visit to Moscow to commemorate the end of World War II. 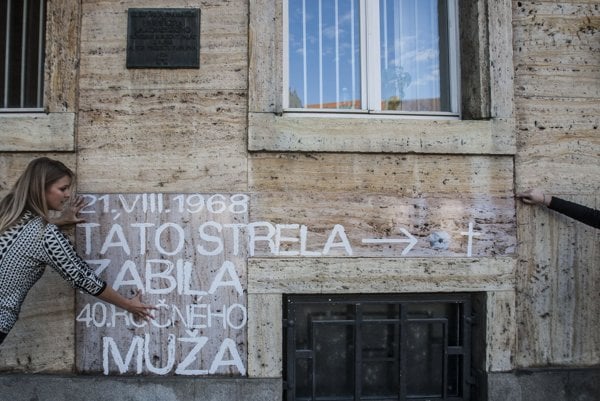 Amid the continuing war in neighbouring Ukraine, this struck many as poorly timed, but Fico argued that not to do so would have represented a sort of disrespect for the Russians who died in liberating much of central and eastern Europe from the Nazis. Slovakia’s own fascist past only strengthened his case, meaning his trip could offer a sort of acknowledgment that 21st century Slovakia stands firmly against fascism and acknowledges the wrongs of the collaborationist Tiso wartime regime.

Fico’s not unreasonable justification boiled down to this: Today’s events in Ukraine should not be used to skew history and it is fair to acknowledge the Red Army’s role in liberating Slovakia and many other places from Nazism.

Certainly one can disagree with this argument, and many did, but there was something resembling a principle there. I say “was” because more recent events have exposed that principle, and Fico, as a fraud.

On his more recent June return trip to Moscow, the prime minister failed to actively confront the Russian leadership on the abomination of a documentary film that aired on Russian state television last month, which sought to portray the 1968 invasion of Czechoslovakia as some sort of liberating experience. For Fico, it seems history can be rewritten after all and in this case by the losers – not the winners – of the Cold War. 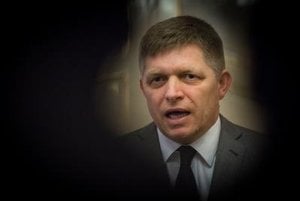 Fortunately, the entire Slovak government was not as cowardly and the Foreign Ministry noted that the film “to rewrite history and to falsify historical truths about such a dark chapter of our history”. The Czechs were even strong in their condemnation with a foreign ministry spokeswoman flat out calling the film what it was: “lies”.

Fico and his party have long sought to tactically use nationalism to mobilise their voting base over the years. He has staged hollow theatrical confrontations with Hungarian leaders, emphasised that Slovakia is a country “for Slovaks” not minorities and during his first government engaged in rhetorical jousting with the European Union. But when the time came for actual patriotism, Fico cowered. This should not be forgotten when voters take to the polls next spring.

In recent days a group of Czech and Slovak civic activists, public intellectuals, artists, journalists and others began calling on Czech and Slovak state television to broadcast the Russian documentary and follow it up with a public debate. They are right. They should also invite Fico to attend, though he almost certainly would not. To do so would take moral fortitude and he would likely be expected to present something of actual substance.

State-run television in Russia is just that, state-run. Power is centralised, decision making is confined to a small group, and the making and airing of this documentary at a time of heightened tensions with Europe is an expression of Kremlin policy. It is hostile, dangerous and disrespectful. By not saying this, Fico is too.

Opinions can vary, but facts are absolute. Playing politics with energy supplies, or trade relations – dangerous enough in their own right – is one thing. Reasonable people can disagree about how to best achieve strategic objectives. Playing politics with the very things that define your country’s identity – in what appears to be out of fear and outright lack of courage – is something else.

It’s also the opposite of leadership and a new low for Fico.