THERE are numerous songs and tunes that try to describe the hot season in a city, from the widely-known, slightly downbeat Summertime by George Gershwin, through hippie-playful In the Summertime by Mungo Jerry to the emphatic, complaining but also triumphant Summer in the City by Joe Cocker. 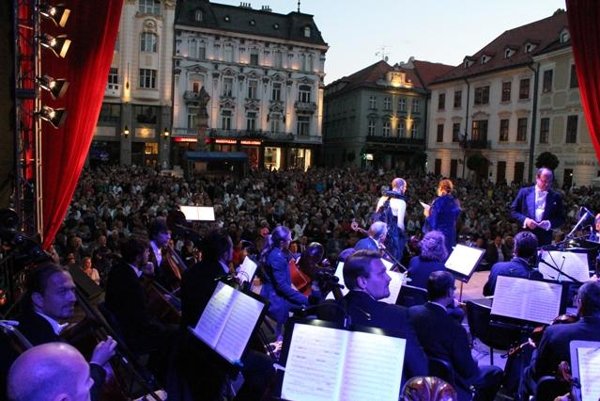 Just as there are many ways to describe an urban summer, there are many ways to fill it with positive experiences and make it a long spree of cultural and artistic events, so that even those who are forced to stay at home and go to work can perceive this time as a special period filled with enjoyable afternoons and evenings. Also tourists and visitors can see the Slovak capital as a jostling, vivid city offering experiences that go beyond sightseeing.

The annual festival Bratislava Culture Summer is 40 this year, and this prompted several of its organisers to look back at the development, from a small, intimate set of events for locals (there were hardly any tourists, not to mention foreign ones, in 1975) to a huge, international festival comprising many different events, festivals and performers.

After some highlights in the opening evenings (in 2006, it was Sting, and in 2010, the start of cultural summer coincided with the opening of the Eurovea complex), this year the concert celebrating the 40th anniversary – on June 24 at 18:00 will take place in the big concert studio of the Slovak Radio, called Piano Show Jozef Hollý and featuring works of Jozef Hollý (and some of Elton John) with the Symphonic Orchestra of the Slovak Radio, conducted by Rastislav Štúr.

Music is a strong part of the Summer of Culture Festival Bratislava 2015 – with classical being dominant, but other genres not disregarded. The offer is so rich that it is hard to pick the crème de la crème, and personal tastes must come to help.

The first festival weekend in mid June brings a festival of international children’s folklore choirs and an interactive creative fairytale festival Kde bolo, tam bolo (Once Upon A Time).

The next musical festival is the international Musica Sacra festival of sacral and choir music (June 18-21), bringing choirs from Poland, Croatia, Slovenia and Slovakia performing at various sites around the capital. The International Guitar Festival of J.K. Mertz (June 24-29) offers Italian, American, Spanish, Belgian and Greek – alongside Slovak – musicians; with a special guest, Leo Brouwer from Cuba, in five concerts and accompanying events. More information can be found at www.jkmetrz.com.

There will be four benefit concerts of classical music – just like last year – with the proceeds going to cancer research. The first evening, on June 21, offers Orange County School of the Arts Symphony Orchestra playing Haydn, Charles Ives, Shostakovich and Bohuslav Martinú. Others will present two British and one Turkish (!) youth orchestras.

An important segment of the Cultural Summer Bratislava for several years has been the Viva Musica! festival which this year is spread over ten weeks, and its programme can be checked at www.vivamusica.sk.

The international Youth Music festival has been divided into parts, and in mid to end of July, it offers dozens of choirs from countries like Estonia, Bosnia and Herzegovina, Belgium, US, Philippines, Singapore, and others, with updated information at www.choral-music.sk/sk/Festivaly/view/id:15. In the end of August, the Bratislava Cantat international event attracts six choirs (Bulgaria, Indonesia, Finland, Poland and Slovakia). 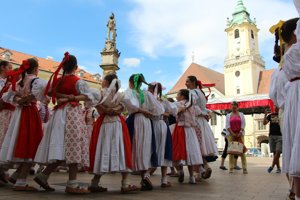 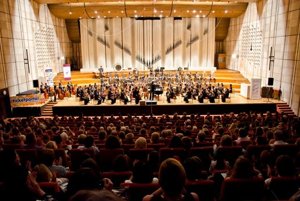 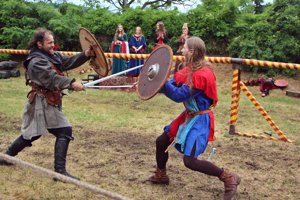 The Slovak capital boasts not just one but two organ festivals – the Bratislava organ Festival (July 12-21), offering Czech, Polish and Slovak organists in five concerts which differ in dramaturgy and also offer a combination of literary declamation and improvisation on organ, or a combination of organ and accordion. The other festival is the Cathedral Organ Festival, presenting several concerts between July 30 and September 10; (www.organfestival.eu), with Swiss, Norwegian, Swedish, Spanish, Italian, German and Polish players.

In September, the festival of chamber music Konvergencie / Convergences revolves around quartets.

Other, less classical, music genres will be abundantly present, though. World Music at the Cathedral offers a wide range of musicians in this genre, playing on Tuesdays opposite the St Martin’s Cathedral, while the Concerts Under the Castle offer a similar, although more informal concept. In the Main Square, there will be a Latino Show on June 13 and, for the first time, a tango marathon, Bratislava Tango Party in which 150 dancers from all over Europe will dance to the music of El Cachivache – for two days (June 20-21).

International Bratislava presents music of various countries as supported by embassies, while the World Music at the Cathedral will bring local jazz/fusion and ethno-world music performers. World Roma Festival attracts two days of traditional Roma music (July 30-31). Music on the Danube takes different styles on the waves of the Danube river (onboard a ship). Golden Age festival tries to revive the music that was mainstream in the first half of the 20th century, from ragtime to swing, on August 27.

The Festival Music Square, already a popular series, brings all different genres and local as well as foreign performers, in 17 evenings dispersed over almost three months.

Folklore will be the focus also in the ÚĽUV Craftsmen Days at the first weekend in September (www.uluv.sk).

The historical tournaments and re-enactments will continue in summer 2015, called Knights at the Devín castle; each first weekend in a month, Gothic, Renaissance and 30-year’s war will take turn as the leitmotif. The special phenomenon is that the whole programme is put together by a single troupe, the Guild of Old Martial Arts and Crafts (Tostabur).

On the weekend of June 26-28, re-enactment of the coronation of Charles III. will take place, the culmination of a host of events being the ceremony itself, on June 27 at 16:00 in the Main Square.

The capital’s mediaeval city walls have come to a new life, too, offering programmes for children and adults close to the St Martin’s Cathedral, each Friday and Sunday.

Fashion will be in focus on June 30, when the Fashion in the City open-air show takes place in the Main Square.

It is not good to enjoy culture with an empty stomach, head of the Guild of Confectioners said, adding that the gastronomic festival in mid August will culminate on August 16, with a feast dedicated to the patron-saint of cooks and confectioners, St Lawrence.

Visual arts will expand into the galleries and gardens of Bratislava, too, between June 25 and August 23, within the Statue and Object international festival. The exhibition I Saw All the Churches of Slovakia by Zdenko Dzurjanin – comprising 4,124 photos of Slovak churches can be seen in the Clarissen Church / Concert Hall between July 24 and 30.

There will also be mass in-line rides each Friday and other events, and so it is advisable to check – also on potential changes or moving of events due to bad weather – on www.bkis.sk or www.bratislava.sk.

The cultural summer will end in September, but the organisers expressed hope that events could stretch even further, with smoothly transition to the rich cultural programme that will accompany Slovakia’s presidency of the European Commission to start in 2016.