SET to take place between June 19-21, the 2015 GLOBSEC international security forum, which will be held for the 10th time, will discuss the Ukrainian crisis, the threat posed by Islamic State and preparations for next year’s NATO summit in Warsaw, the TASR newswire learnt on June 11. 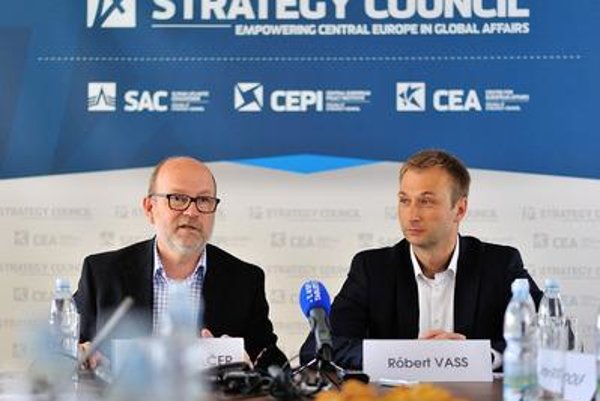 Speaking at a press conference earlier in the day, founder of the forum and sitting director of the Central European Strategy Council Robert Vass said that some 1,000 guests from over 70 countries are expected to attend the event. Among others, the event will host presidents from Poland, Slovakia, Croatia, Georgia, Estonia and Macedonia, along with the Slovak, Hungarian, Czech, Polish and Montenegrin prime ministers.

In addition, US Senator and former rival of US President Barack Obama in the 2008 presidential election John McCain, along with former US Secretary of Homeland Security Michael Chertoff and current NATO Deputy Secretary-General Alexander Vershbow have confirmed that they will take part. Although the organisers of the event invite senior political representatives from Russia every year, their efforts have been to no avail so far.

“We’re living in very difficult times. Security isn’t guaranteed, and it’s worse than it used to be,” said honorary chair of the Slovak Atlantic Commission (SAC) Rastislav Káčer, as quoted by TASR. “There are even many people who deal with security that underestimate the seriousness of this period.”

SAC director Milan Solár, who also oversees the GLOBSEC conference, is convinced that the event has been contributing to making Slovakia's voice more audible beyond its borders for a long time.

“It’s not only about the fact that a great number of presidents, premiers, world politicians and foreign experts come here,” Solár said, as quoted by TASR. “What’s important is that the topics that will be broached in Bratislava to a great extent set the tone and direction of global politics. This isn’t something that we'd claim, but what renowned experts say.”

Meanwhile, several prominent guests of the 2015 GLOBSEC forum will present their opinions to audiences in Bratislava, Košice and Banská Bystrica within a series of events entitled GLOBSEC City Talks organised between June 18-20. The topics to be discussed will include Russia, potential developments in Ukraine, propaganda and the legacy of WWII.