Suspicion of MERS in Slovakia was not confirmed

A PATIENT was suspected of having Middle East Respiratory Syndrome (MERS). The foreign national was transported form Žilina to a specialised facility at Bratislava University Hospital on June 13. 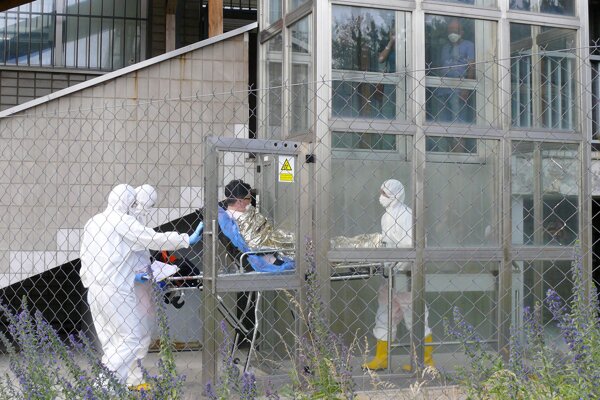 The individual showing symptoms of the disease which killed at least 14 people in a recent outbreak in South Korea is a 39-year-old foreign national, who arrived from South Korea, Health Ministry spokesperson Peter Bubla told the TASR newswire.

The Public Health Authority (ÚVZ) along with the police are carrying out all due measures stemming from respective epidemiologic plans and are searching for individuals who might have come into contact with the patient. “General anti-epidemic measures in Slovakia include preparations for scenarios involving potential virulent infections,” said Bubla.

“The disease is spread from animals to humans, and to a limited extent from person to person,” ÚVZ spokesperson Lenka Skalická told TASR. “The illness is transmitted through the air and by close contact with the infected.”

Laboratory tests have not confirmed MERS, Health Ministry spokesperson Peter Bubla stated on June 14. The foreigner, however, was still under the supervision of doctors in Bratislava. He was transported to the capital from a hotel in Žilina in an ambulance accompanied by the police. The hotel in question was closed down and its visitors and staff put under quarantine.

“Not a single sample taken from the patient was positive,” Bubla stressed. “Three out of the four samples that were tested in a laboratory in Prague were negative, and one was at the boundary level, but it was not positive."

Despite these results, it will be necessary to repeat the tests according to valid epidemiologic regulations, he added. So far, both guests and all employees of the hotel are under quarantine.

Middle East Respiratory Syndrome is a viral respiratory illness that belongs to the family of coronaviruses. Symptoms are similar to those of flu and lead to gradual kidney failure and severe pneumonia.