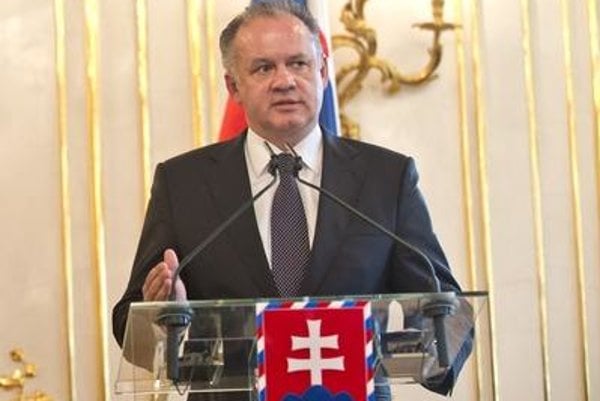 The entrance is through the main gate from Hodžovo Square and Kiska will welcome visitors personally, the TASR newswire wrote.

The past year was a very active one – both from the point of view of domestic, and foreign policy, Kiska said. “Despite the fact the that president does not have big executive powers, I posed questions, asked and expected answers and solutions to many problems that our country does have,” he said. Kiska added, as offered by his spokesman Roman Krpelan for the SITA newswire,  that his goal was to return the trust to the office of president. Kiska reminded of his activities pointing to the judiciary, the ailing health-care sector and he named the biggest scandals of the past year, including a nationwide debate on the pension system. 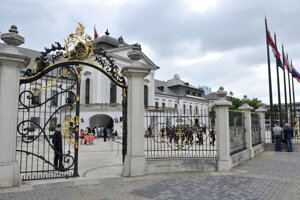 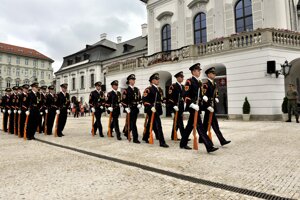 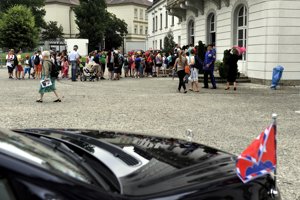 The Presidential Palace opened for the public (9 photos)

The president has met with ministers and the prime minister dozens of times; while the foreign policy was dominated by Ukraine, and visits to foreign countries like Poland, the Czech Republic, etc.

Prime Minister Robert Fico – who was Kiska’s rival in the March 2014 presidential election - commented for SITA that the past year only proved that a president who cannot rely on real support in parliament is limited in his political activities. He praised, however, “the existing regular and standard communication among the three top constitutional officials in the country”.

Another past rival, Radoslav Procházka, opined that the incumbent president has confirmed numerous hopes connected with his election, like being an impartial president of all citizens and not a tool of either the majority, or opposition.

Most of the pre-election promises of Andrej Kiska have not materialised yet; he rather minds his own popularity and tasks that are more apt for the first lady than for a president, said political analyst Jan Baránek as quoted by the Pravda daily. He managed to stay impartial, though, Baránek agreed, but fails to fulfil his election promises. He promised to be an active president but with the exception of summoning Health Minister Viliam Čislák, this is not the case, SITA quoted Baránek as having said. He summed up Kiska’s first year as a certain disappointment, and despite some good moments, he makes an overall passive impression.

Kiska will deliver a state of the republic address in parliament on June 18 at 10:00, TASR wrote. Kiska has sent a letter to Speaker of Parliament Peter Pellegrini asking him to be provided the opportunity to present the speech before parliament. According to the Constitution, the president can appear in the parliamentary plenum whenever he demands it.

Health Policy Institute’s director Tomáš Szalay told the Denník N daily head of state should mention that the health sector lacks a long-term vision. Marián Leško from the Stop Corruption foundation says that the president should analyse value pillars of the republic on which it should be built and assess the politics in terms of principles that are important for the situation of Slovakia.

Kiska was elected in the second round of the presidential election on March 29, 2014 by 59.38 percent of votes. He became the fourth Slovak president; and the first one without communist, or even without any party in his past.