THE SLOVAK Constitutional Court has decided that in the dispute between Archbishop Ján Sokol and the publisher of the Týždeň weekly, his rights were breached. 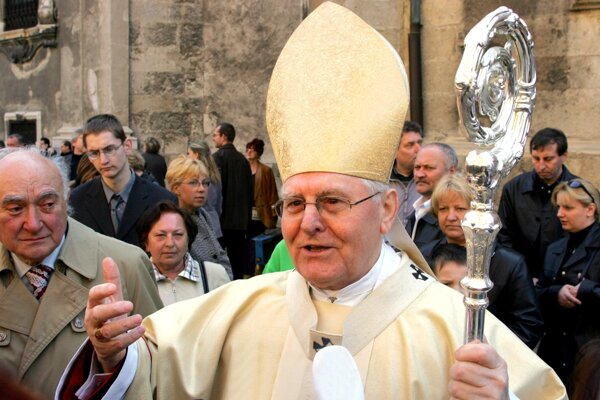 The senate cancelled the verdict of the Trnava Regional Court from May 2013 and the Supreme Court’s decision from October 2014 that failed to uphold Sokol and returned the case to the regional court. Sokol who was registered as an agent of the Communist era secret service, ŠtB, transferred a half billion Slovak crowns from the sale of church assets to the account of ex-ŠtB agent Štefan Náhlik.

Chief Editor of Týždeň, Štefan Hríb, wrote in May 2009 that the money came from sale of church’s assets, the land under Tesco supermarket at Zlaté piesky, Bratislava. Sokol denied the amount from the very beginning and claimed that nobody got any kickback for the sale, the SITA newswire wrote.

Sokol appealed the original verdicts, and at a non-public trial on June 10 the First Senate of the CC (with justices Marianna Mochnáčová, Peter Brňák and Milan Ľalík) decided in his favour, the TASR newswire wrote. The court found a violation of the basic rights of the plaintiff to court protection and a just trail. The Regional Court in Trnava is obliged to cover the court costs for Sokol.

Sokol, who sued the publisher of Týždeň, the W Press company, demanded €50,000 in non-material damage. He lost the case with the district court, the regional court, and also the Supreme Court where he appealed.