LGBTI Pride Month: A Time to Stand Together

Pride Month in June is a call to stand with Lesbian, Gay, Bisexual, Transgender, and Intersex communities (LGBTI) across the world and reaffirm our commitment to the equality and dignity of all people, regardless of their sexual orientation or gender identity. 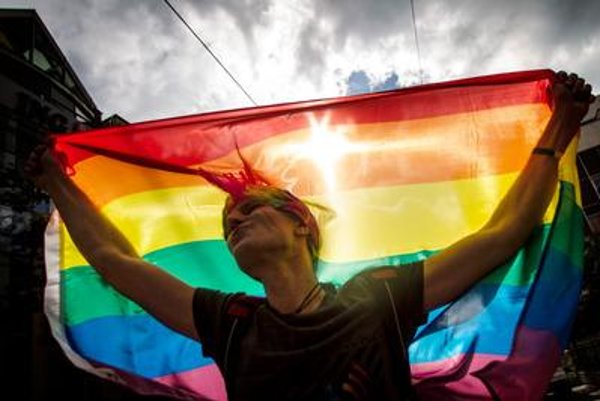 The first Pride march occurred in New York in June 1970, and Pride celebrations are now held around the world.

This month and throughout the year, the United States stands in solidarity with members of the LGBTI community and all those around the world who work to advance the fundamental principle that LGBTI rights are human rights, as enshrined in the Universal Declaration of Human Rights.  But while some countries have made progress, LGBTI persons in other participating States continue to face discriminatory laws and practices that attack their dignity, undermine their safety, and infringe on their human rights.  One tragic example of such discrimination are laws that claim to protect children, but can, in effect, discriminate against the children of LGBTI parents.  More than 70 studies from North America and Europe have shown that children of same-sex parents suffer no adverse emotional effect in comparison to families with a male and a female parent.  With those facts in mind, we urge all participating States to safeguard and protect families so that all children may thrive in families without fear or stigmatization.

The United States remains unwavering in our commitment to advance the human rights of LGBTI persons.  In February, Randy Berry was appointed as the State Department’s first Special Envoy for the Human Rights of LGBTI persons.  Six openly gay U.S. Ambassadors are currently serving at Embassies around the world.  The State Department also supports the Global Equality Fund, a program with over 20 donor partners providing critical assistance in more than 50 countries to combat discrimination against LGBTI persons.  We are launching new efforts to help civil society build partnerships with local faith communities and business leaders to enhance protections for LGBTI rights.

In my own country, attitudes on LGBTI issues have undergone great change in just the past decade, thanks to the astounding bravery of the LGBTI community and those who have stood up for the cause of equal rights.  37 U.S. states currently issue marriage licenses to same-sex couples.  Ten years ago, only 30 percent of Americans supported same-sex marriage, but by this year, that figure has doubled to 60 percent, and more than 70 percent of Americans now live in states where same-sex marriage is legal.  Our Supreme Court is hearing arguments this summer that could ultimately lead it to overturn all remaining bans on same-sex marriages in the United States.  Attitudes are changing in Europe too, as we saw in Ireland, where the recent national referendum on same-sex marriage was overwhelmingly approved.

Today and every day, let us continue to defend the rights of all people, including LGBTI people and their families, wherever they live.  We should not rest until everyone receives the dignity, respect, and equal treatment under the law that every person deserves.

By Theodore Sedgwick,  US Ambassador to Slovakia