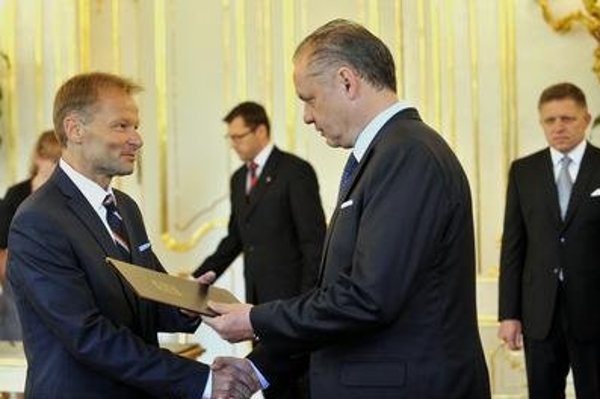 VAZIL Hudák, who reportedly turned down a lucrative private-sector job abroad in order to take up the ministerial chair.

Hudák, whom President Andrej Kiska appointed on June 16, is the fourth man to head the Economy Ministry since the one-party government of the ruling Smer took office in 2012, including the acting minister, head of the finance department, Peter Kažimír. Similarly to his two predecessors, Tomáš Malatinský and Pavol Pavlis, Hudák comes from the private sector.

He previously acted as an advisor to several governments on issues like pension reform and regional development. His previous jobs include the post of the executive director of J.P. Morgan Chase Bank in London and the deputy president of the Citigroup in Prague. In both cases his job involved communication with public sector in central and eastern Europe, according to the Sme daily.

While Malatinský served for more than two years until mid-2013, when he was replaced by Pavlis, his successor Pavlis had to quit over nepotism allegations in April 2015, after just 10 months in office. 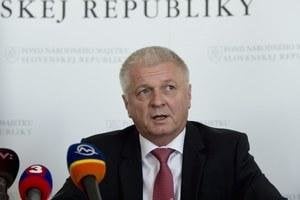 Hudák will remain in the chair for less than a year, until the parliamentary elections in the spring of 2016. Though his term will be brief, there are numerous tasks that he will have to handle.

Hudák’s priority issue will primarily involve the completion of the third and fourth reactors at the Mochovce nuclear power plant, development in Slovenské Elektrárne power utility and shutting down of the National Property Fund (FNM), as well as seeking new foreign investors Prime Minister Robert Fico said upon announcing the selection.

Hudák himself stressed that his priorities will include improving Slovakia’s business environment and concluding talks with potential investors.

“We really do have some big investments here that potentially could arrive to Slovakia and where communication with foreign investors is of great importance,” Hudák said on the news channel TA3, adding that as a man from the international financial environment he “could bring in some positive elements” and “positively influence the possibilities in favour of Slovakia”. Experiences from the international environment could prove helpful in negotiations with Enel too, he added.

Hudák also wants to prepare Slovakia for its EU presidency in the latter half of 2016.

“We will face this next year, shortly after the election, and it’s important to prepare the entire ministry for this important task,” Hudák said as quoted by the TASR newswire.

“It is a decision between head and heart, with the head saying go somewhere else, where there are no media pressure and where there is more money,” Hudák said about his decision to accept the offer, in an interview with the Denník N daily. “On the other hand I am a Slovak and I care that as much as possible is done for Slovakia, and this way I can contribute.”

Speaking in a debate on the public-service RTVS as a minister-to-be on June 14, Hudák stressed that Slovakia can only prosper if it is competitive in the global economy. He sees his task as creating a good basis for the entrepreneurs and broaden the dialogue between the state and the business sector in Slovakia.

“It does not surprise anybody when Obama meets presidents of IBM, General Electric, General Motors, and so on,” Hudák said on the RTVS.