THE FINANCIAL Administration will check the transactions of the J&T Banka after the information co-owner of the J&T Private Equity Group Patrik Tkáč published on a social network. 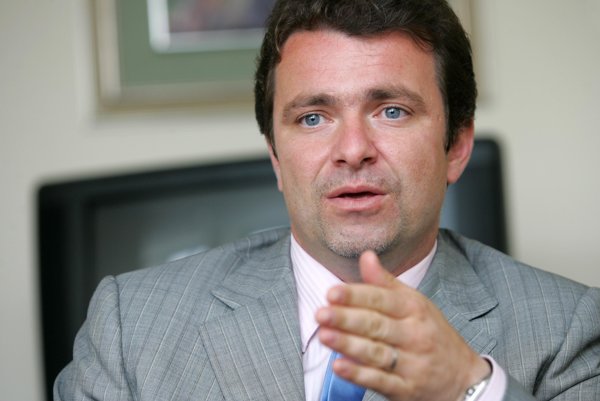 “Every Slovak and Czech who expects the capital profit exceeding €200,000 and does not invest via a structure similar to Cyprus, is robbing his/her own family,” Tkáč wrote, as quoted by the website of the Sme daily. He also explained how and why it is possible to minimise taxes by running the money through Cypriot firms.

The Financial Administration (FS) responded by sending a team of specialists to check the activities. The team is dealing with cross-border tax relations, the FS informed.

In case of need they are also ready to ask Cyprus to “open bilateral tax inspection”, as reported by the Denník N daily. This would mean that Slovak and Cypriot tax officers will together check the transactions carried out by J&T Banka for its Cypriot clients.

Tkáč started explaining the operation of the Cypriot scheme as a response to the motion submitted by independent MP Miroslav Beblavý to the Czech and Slovak National Banks that J&T Banka lent substantial sums of money to Cyprus. The annual report for 2014 suggests it was 30.5 billion Czech crowns, i.e. more than two-fifths of all loans, as reported by Sme.

Most of these loans went to clients who formally reside in Cyprus but they do not carry out their activities for which they received money there, according to Beblavý. He said that only 606 million Czech crowns (i.e. 0.82 percent of all loans) were used on activities in Cyprus. The remaining 29.9 billion Czech crowns were used by Cypriot clients, but on projects in, for example, the Czech Republic and Slovakia, as reported by Sme.

“95 percent of owners of Cypriot companies which we finance are Czech or Slovak natural people,” he wrote, as quoted by Sme.

He also published another response to Beblavý’s claims, confirming that “we recommend to our clients to use all legal possibilities to maximise their profits”.

“Thanks to special legislation and in combination with our legislation Cyprus enables to decrease the expense related to so-called capital profit,” Tkáč wrote, as reported by Sme. This in fact means that when you buy or sell shares via a Cypriot company you do not have to pay the tax, he explained.

Tkáč went on to claim that business partners and clients of J&T Banka significantly contribute to the development of the countries, and that he does not know about any important client “who would avoid paying the taxes from doing business”, as reported by Sme.