THE FINANCIAL group Penta has filed a lawsuit against the publishing house Mafra, asking for dozens of thousands of euros in compensation for two opinion pieces about the Black Hawk helicopters purchase. 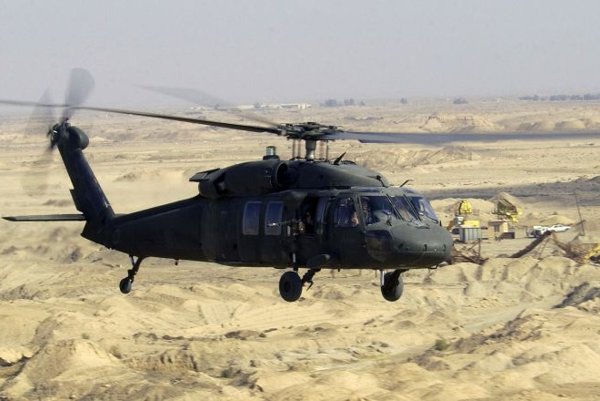 Penta disliked the fact that two commentaries, one by Dag Daniš and the other by Martin Kugla, connected the company with the purchase by the Slovak army. The lawyer of Penta Dušan Ďurík sent Mafra, whose flagship is the Hospodárske Noviny daily, “an emphatic request” to avoid similar texts in the future. It also said it sued the publishing house and also the authors of the texts, the Denník N daily reported on its website.

“Not only would the US producer benefit from this dubious business, but also the Penta financial group,” Daniš wrote. “The supplier of cockpits is Czech Aero Vodochody owned by Penta Investments. Back in 2010 Aero signed an agreement with the US producer worth 4 billion Czech crowns. Aero will probably contribute to the service of the new helicopters.”

Political scientist Martin Kugla wrote that the actual motif of the purchase may be that Penta wants to increase the volume of sub-supplies for Sikorsky, the producer of Black Hawks, delivered by its Aero Vodochody, so it simply called Defence Minister Martin Glváč and asked him to do it, as reported by Denník N.

Penta claims that the lawsuit is their last possibility how to defend from the “untrue and deliberately misleading fabrications in both stories”.

“The lawsuit on the Mafra publishing house has nothing to do with the fact that we are investors to media,” Gabriel Tóth, spokesman for Penta which owns the Plus 1 Deň daily, the weeklies Plus 7 Dní and Trend, and co-owns the Sme daily, told Denník N. “Every media has to be prepared to take responsibility, also legally, for quality and professionalism of the published stories.”

Ďurík explained that the stories suggest that his clients could commit “serious anti-social, potentially criminal, activity which is not true”. He also said that Aero Vodochody does not participate in business negotiations and relations with clients of Sikorsky, and does not have any impact on contracts signed between Sikorsky and its clients.

Both Kugla and Daniš consider the lawsuit an attempt to intimidate them.