THE EMPLOYEES of the Trnava-based PSA Peugeot Citroën carmaker will march through Trnava on June 19 to show their disagreement with conditions set by the employer. 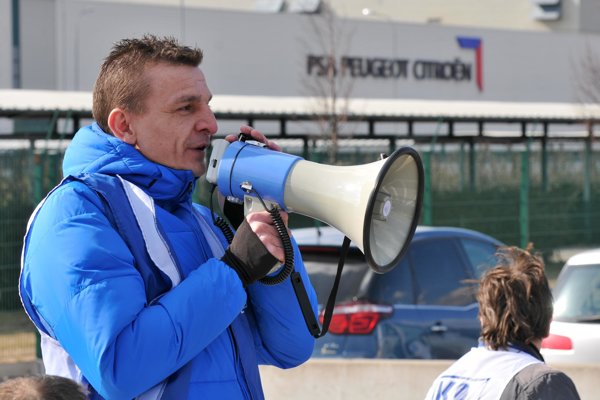 The company is currently on strike alert.

“The march is the last possible way to show to the employer the disagreement of employees before announcing the general strike,” head of the local trade unions Milan Minárech wrote in the leaflet sent to employees, as quoted by the SITA newswire.

The negotiations between PSA managers and the trade unions on a salary hike for 2015 and 2016 were not successful, as the employer did not accept the conditions at the extent proposed by the unionists. Neither collective bargaining nor mediator led to the deal. Thus in the end of May the trade unions declared a strike alert and started collecting signatures to announce the general strike, SITA wrote.

The carmaker currently employs 2,600 regular employees, but creates nearly 3,500 jobs. The management announced last week it will hire an additional 300 regular employees who have been working for the company via temporary employment agencies. About 700 employees are currently registered in trade unions.