Kiska: My relationship with Fico is "constructive"

To mark the occasion of President Andrej Kiska’s one year in office, The Slovak Spectator brings an excerpt from the interview he gave to the daily Sme in April. 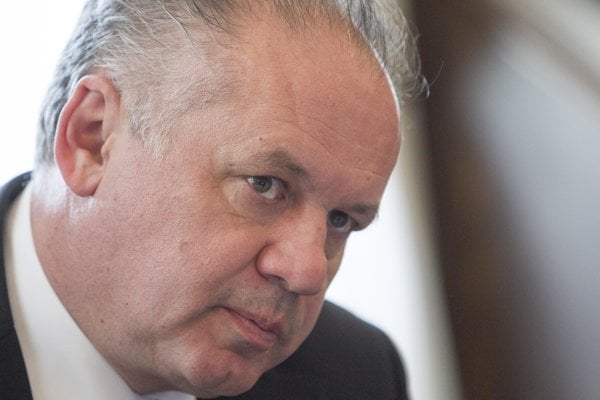 The Slovak Spectator (TSS): Are you satisfied with the government’s foreign policy, in which your role is crucial?

Andrej Kiska (AK): Our foreign affairs minister is a globally respected diplomat. I have the chance to travel a lot with him around the world . I think that our country is perceived as a stable partner – be it within the Visegrad Four group, the European Union or the Euro-zone – as a partner that can always be relied upon.

TSS: As for the V4 - do you agree that the stances on Ukraine have split this grouping?

AK: No, they have not. Also in the past, V4 was undergoing some differences in opinions; we had Vladimír Mečiar, we had problems – and V4 survived that. This group has been historically tested and successful on the practical basis of ministers, prime ministers. During my meetings with Polish President Komorowski, I have never felt any indication that V4 would be pointless.

TSS: Should both the EU and Slovakia support Ukraine more in economic terms?

AK: We must not escalate the tension in Ukraine. We need to achieve peace. Ukraine faces two issues: on one hand it was the hard military conflict, on the other hand the economic problems. The need for reforms is enormously important. The system of oligarchs, the system of corruption and more – these are huge problems that Ukraine faces.

From the point of view of reforms, help should be very intense and from the European Union, it should also be united. I liked the opinion of our Foreign Minister Miroslav Lajčák that the EU should have its plenipotentiary towards Ukraine; so that it is clear what is our idea as EU what kind of democratisation process should Ukraine go through. We see many advisors there, including former Slovak prime minister and our former finance minister, which I appreciate a lot.

In the Maidan, Ukrainians said: “We want to freely decide and we are saying that in the future, we would like to be part of the European Union.” We will be glad if the EU is enhanced in some time span, but we have to say to Ukraine that these are rules that must be accepted for us to be able to count with you.

TSS: Do you feel that the public discourse on this issue is sufficient?

AK: I think people discuss it only a little; and moral authorities also are engaged only a little. Thanks to active intervention by Moscow, we rather see various groups that defend pro-Russian opinions.

TSS: How do you perceive Russian propaganda and its impact on Slovakia?

AK: It is present here, one can see it, feel it; and they are waging this information war actively.

TSS: How would you describe your relationship with Prime Minister Robert Fico?

AK: As constructive; this is probably the best word. Of course, we differ in opinions on some issues, but on the other hand, if we debate foreign policy, country’s problems – the debate is constructive. I say what problems I perceive, he also talks of problems, and we discuss possible solutions.

TSS: During your election campaign, you opined that a president must be a constructive counterweight to the government – which does not have any, be it in parliament or in political opposition. Have you succeeded in this?

AK: I ran as a person who has never been in a political party. I think that from the less than one year of my term, one can see that there are spheres when I support the governmental moves, and opposition is unhappy. For example, I signed the law on opening the second pension pillar for which I was heavily slammed by the opposition.

I do not have a problem – when I feel that things in health care are not moving on – to stand up and criticise the health minister. I believe this is constructive, that on one hand, I am able to praise some ministries and sectors, and on the other hand, I make a clearly critical stance if things are not evolving – or are evolving in a wrong way.

TSS: Has your approach towards government and its criticism been rather cautious so far – except for the health minister?

AK: No, I consider it constructive.

TSS: The Váhostav scandal indicates that there is a turbulent pre-election time ahead of us. What will be the position of president?

AK: The position of president is clear. I will never comment on whom citizens shall, or shall not elect, but I will call on them to go cast their vote – despite the existing problems.

TSS: Will you comment on excesses from one or the other side?

AK: I surely will not actively engage in mutual duels, but if the election struggle exceeds the level of decency in some ways, I will intervene.

TSS: Do you think that Slovakia deserves a potential government of Smer and SNS?

AK: The Slovak National Party, its former leadership, have repeatedly presented themselves with stances that brought no good to our country and our people. Let us wait how the situation will develop in the political spectre. New subjects are appearing, so we will see.

TSS: What was the biggest surprise for you during the one year in office?

AK: There were nice, and also not nice surprises. The unpleasant surprise, if I am to call it so, is the number of procedural acts that president must do; especially from the point of foreign policy. One has to prepare well for every single meeting, in order to be a constructive partner. He has to study things. I was unfavourably surprised how much time the procedural issue consume. What surprised me favourably was that fact that as a president, I can meet awesome people, and so one can see what strong potential this country has.

TSS: You have your team of advisors who help you. To what extent do you rely on them? And which type of decisions do you make on your own – without them?

AK: In my life, I try to abide by my own inner ethical principles – be it decency, empathy, sense of justice or responsibility. These are values which I stick to, and even if I had a thousand advisors, I will not abandon them. It is logical that with every more complex issue, like the judiciary or health care, I try to surround myself with people who are experts in it – and we discuss.

I did this also in my entrepreneurship or my charity activities; I tried to have around the most competent people. I am confident that the best ideas come from these debates with the bets people. I am glad I have good-quality people around me, with whom I can talk about these issues, but the final responsibility lies on me, in the end.

TSS: How do you enjoy having power?

AK: I have never longed for power. I perceive the office as a responsibility of someone who has received a lot and how he tries to give it back [to society].

TSS: Power and office change personality. How have they changed you?

AK: It is up to the people around me to tell this – whether I am becoming someone else. One of the disadvantages of the presidential office is wherever I move now, I am famous. I appreciate very much when I manage to go to children’ oncology ward and without media, without bodyguards, to sit down with parents and talk about real problems.

Lately, I was with my children close to Poprad, to Hozelec where there is a small fun centre. There was no table empty, so I asked a young couple whether we can sit with them. They told me I look quite a lot like the president. I introduced myself, and we talked about problems in Spišská Nová Ves, where they come from, for about 50 minutes. For me, it is important even as president not to lose contact with people and their problems. This is something which I will try to do also in future: to meet people and talk to them.