ITALIANS, the French and Chinese firms are interested in the construction of Bratislava’s motorway bypass, a giant contract worth €4.53 billion. The most recent offer was submitted by a consortium led by China Communications Construction Company (CCCC), the Sme daily reported on June 17. 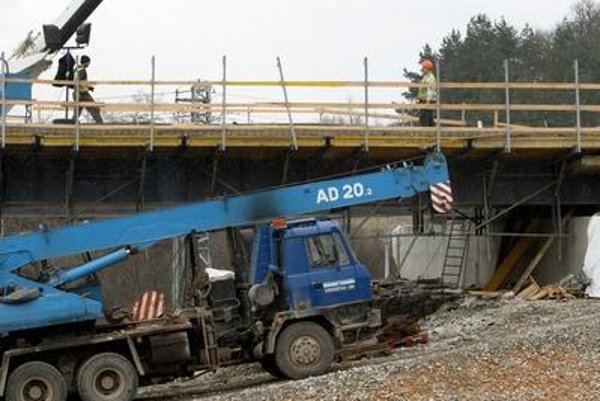 The bypass is the largest contract ever in the history of Slovakia, according to Trend weekly, it can be compared with a construction of Mochovce Nuclear Power Plant or Gabcikovo Waterworks. The state will pay for the work for 30 years.

Out of the €4.5 billion, only about €1.3 billion will go to the construction itself, the rest of the money will go to costs of operation, a maintenance and financing of the motorway, according to the TASR neswire.

Aside from China's CCCC, French company VINCI Concessions, with its associated companies, is also interested. The company is operating and maintaining the R1 expressway via company Granvia Operation.

Another French consortium that submitted an offer, is led by company Bouygues Travaux Publics, with associated companies Inžinierske stavby, Metrostav and Intertoll.

Third consortium with an offer is German company Hochtief with two associated firms. This company is currently constructing for example the D3 motorway section Strážov-Brodno boroughs of Žilina.

There are also consortiums including one led by Italian firm Astaldi and one led by Austrian company Strabag. According to Sme’s information, there are also two smaller consortia competing.

Using a public–private partnership project, the governing party Smer wants to build a prime stretch of the D4 Jarovce-Rača and R7 expressway Prievoz-Holice.