Police detain human smuggler, migrants to be returned to Hungary

POLICE have detained 48-year-old Romanian citizen Valeria R., who, according to police, tried to transport four illegal migrants through the border crossing at the Bratislava borough of Čunovo from Hungary to Slovakia. 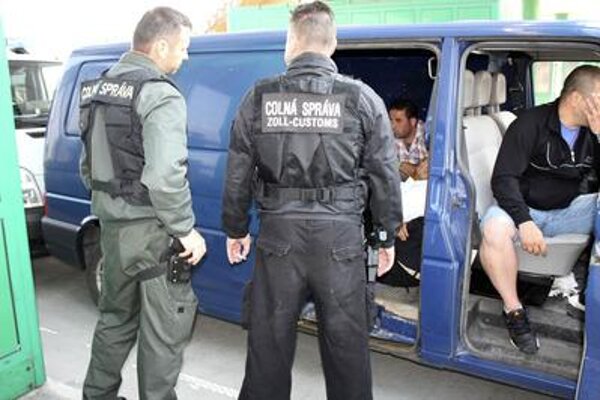 The man received €400 for transporting four males aged between 26 and 43 who come from Syria, according to the police’s findings.

“If found guilty, the man will face three to eight years imprisonment. As the migrants haven’t applied for asylum, they will be returned to Hungary in the next few days,” Police Corps HQ spokeswoman Denisa Baloghová told the TASR newswire on June 17. According to her, Slovakia was not the target country for the migrants, who wanted to continue further west.

“The route of these migrants originated from their home country to Slovakia and took them several weeks,” she added. “They sailed from Lebanon to Turkey on a ship, from where they sailed on to Greece, where they were caught by the police. After they managed to escape, they reached Hungary. From there, through Slovakia, they planned to get to Germany.”

This case reaffirms that Slovakia continues to be a transit country for illegal migrants, whose target destinations are, for example, Germany, Italy, France and other countries in western Europe, she said.

Later on the same day, eight illegal migrants were found in a van with Austrian licence plate driven by a Bulgarian citizen. The migrants claimed to come from Syria, TASR wrote. This is already a third such case within the last three days.