SLOVAKIA ranks 23rd out of 162 countries in this year’s Global Peace Index (GPI) released on June 17; and 18th out of the 36 countries in Europe. 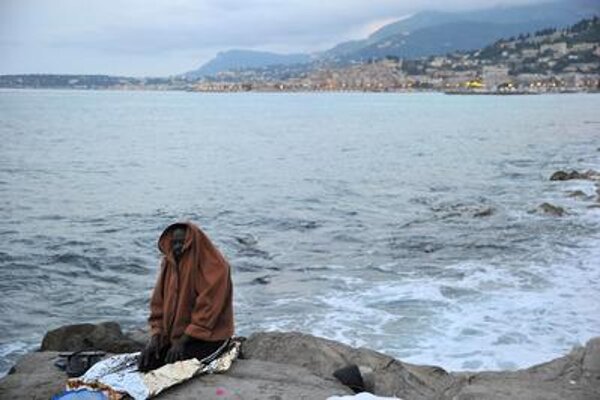 Growing number of refugees in the result of wars and conflicts, too. (Source: TASR/AP)
Font size:A-|A+0

The economic impact of containing and dealing with the consequences of Slovakia’s levels of violence was estimated to cost the national economy USD4.5 billion in 2014. This is equivalent to 3 percent of Slovakia’s GDP, or USD827 per person. The cost of violence to the economy in Slovakia is the 71st highest per capita expenditure in the world, the global think-tank Institute for Economics and Peace (IPE, which has been organising the Index since 2007) wrote.

Escalating civil strife and the consequent refugee crisis have been among the key drivers in increasing the cost of global violence containment.

Since 2008 the total economic impact of violence has increased by USD1.9 trillion (+15.3 percent). The economic impact of refugees and IDPs alone has increased by 267 percent since 2008, and now amounts to USD128 billion. However military expenditure, homicide and police forces remain the most costly categories, accounting collectively for 68.3 percent of the total cost.

Overall, global peace levels remained stable in 2014; but are lower than 2008, IPE noted. However, the overall score disguises an increasing split between the most and least peaceful nations. Since 2014, 81 countries improved their levels of peacefulness; while 78 deteriorated.

Slovakia has had fairly stable levels of peace, with little change in the last eight years since the GPI first launched. This is in part due to its relatively high levels of internal peacefulness; Slovakia performs in the lowest band for levels of political terror.

“Despite ongoing improvements in peace in many countries, the number and intensity of armed conflicts increased dramatically with a 267 percent rise in the number of deaths from conflict since 2010, creating unprecedented levels of refugees,” IPE wrote.

The growth of 131 percent in less than a decade was driven not just by conflict in the MENA region, but also by the ongoing conflicts in the Democratic Republic of Congo and Colombia. Europe saw a drop in deaths from organised external conflict. It also remained the most peaceful geographical region in the world, securing the top three positions in the GPI. Its peacefulness has been improving annually for the past four years.