NGOs urge public to educate themselves on migrant issues

MOST top Slovak politicians have expressed their opposition to the European Commission’s proposal for the quotas on distributing migrants from the Mediterranean region across all EU member states. Non-governmental organisations accuse political leaders of distorting what the EC actually wants us to do. 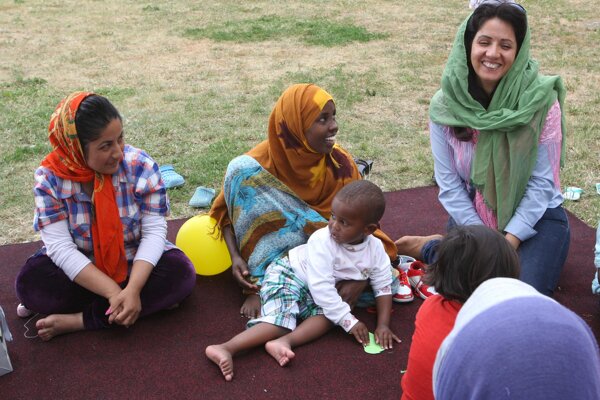 As a response to the current situation, more than a dozen of NGOs wrote an open letter, calling on the government to change its approach to the EU quotas and accept the refugees to really need the help.

“The main message is the call on the government and the prime minister to try to calm down the situation and the extremist approaches of the public,” Zuzana Števulová from the Human Rights League, the initiator of the letter, told The Slovak Spectator. 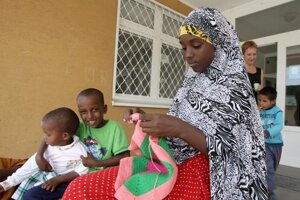 “Slovakia is not a country of entry of this mass wave of immigrants, nor do we belong to their countries of destination,” Kiska said in his address to the parliament on June 18, adding that in fact, Slovaks have basically zero experience with the immigration issues and Slovakia grants only small number of asylum petitions every year. Despite that, Slovaks do not shy away from strong statements and categorical judgments in this area, Kiska pointed out.

“I personally think that we do have the possibility, and as a successful country also the moral obligation, to help these people,” Kiska said. “Our internal debate in Slovakia about them will also be a debate about us. And our decision will have the character and the power of a gesture. Let us be active and let us name whom we want to help. How many people we want to and are able to help. How we can show elementary human solidarity.”

On the other hand, the president argued that the quotas are not the right solution, an opinion is shared also by the ministries of interior and foreign affairs.

“It would be more effective to strengthen the Frontex system and every border operations, and also to observe Schengen criteria to protect the outer border of the EU,” Interior Ministry spokesman Ivan Netík told The Slovak Spectator.

Under the EC's proposed breakdown, Slovakia should take some 800 refugees.

The NGOs however explain that many problems have arisen due to lack of information and confusion of the basic terms.

“It is because of the stupidity, parochialism and small-mindedness of Slovakia,” Laco Oravec, programme director of the Milan Šimečka Foundation, one of the supporters of the initiative, told The Slovak Spectator. The discussion is shallow, unprofessional and people do not distinguish between economic migrants and refugees, and also do not know about the migration politics of Slovakia, he added.

When talking about the main myths in the discussion, Števulová mentioned that it is often said these people only want to get job and use the social system. In fact, however, the EU only wants us to take people who will most probably be given the status of refugee based on the 1951 Refugee Convention, mostly Syrians and Eritreans.

“This is not about taking all migrants who sailed through the Mediterranean Sea on boats,” she stressed.

The final decision on whether these people will stay in Slovakia or not depends on the country as all migrants sent to Slovakia will have to undergo the asylum procedure where the real reasons of their presence in Europe as well as the potential security threat will be checked, Oravec added.

Netík however stressed that accepting the quota system would create a precedent when the member countries will have to bear responsibility not only for people seeking asylum on its territory, but also on the territory of other countries. He also claims these will not be the final number as they may be followed by the members of their families.

“We do not know the background of these people; their education, cultural habits and traditions, security character etc.,” Netík said, adding that there are also many questions that need to be asked, like whether they will be able to integrate here, or find a job. “If such mechanism is adopted, the EC will be able to increase the numbers without limits.”

Among other requirements of the NGOs is that Slovakia should open the legal ways for refugees to get to the EU. They explain that if the countries reject quotas, Italy or Greece may have problem with registering all migrants coming to their territory, and it will be easier for the migrants to slither through and continue to other EU countries.

“It is more secure for the EU and its members if they undergo asylum procedure where it will be revealed whether they are refugees or economic migrants,” Števulová said.

Another argument used by NGOs in the discussion is that when Slovakia entered the EU, it promised to help in case some of other member countries face unbearable influx of refugees.

“It is not only about solidarity with refugees, about also about internal solidarity,” Oravec said.

Interior Minister Robert Kaliňák has, however, a different opinion, and calls the mandatory solidarity “extremely harmful”.

“Accepting quotas is in fact closing the deal with smugglers, thus more migrants will come here,” Kaliňák said after the June 16 meeting in Brussels, as quoted by the TASR newswire.

Also the Foreign Affairs Ministry says that though they welcome and support the efforts of the EC to solve the problem, they do not consider the quotas a solution.

“We want to hold discussion about practical and realisable solutions of the problems, not their movements across Europe,” ministry spokesman Peter Stano told The Slovak Spectator.

Netík stressed that Slovakia feels solidarity with other countries as it is involved in several programmes helping refuges.

When asked whether they are not afraid that Slovakia may occur in the same situation as Italy and Greece in case there will be much pressure on its eastern border with Ukraine, Netík said they have adopted measures to prevent it.

“We however see the quotas as false solidarity because now the country of the southern Europe faces 40,000 migrants, but after the quotas we will in fact allow the smugglers not to bring 40,000, but 200,000 or 1 million people,” Netík said.