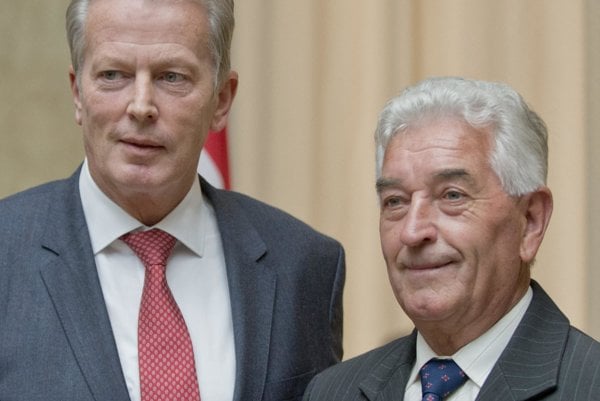 On May 22, Srholec’s younger brother Michal received the prize for him in the Austrian parliament, from the Austrian Vice-Chancellor and federal Minister of Science, Research and Economy Reinhold Mitterlehner.

“For me, Anton has always been an example and this remains true now,” Michal Srholec said, as quoted by the TASR newswire. “And this is what I like about him.”

He added that his brother sacrificed his whole life for people and the award is an appraisal of his lifelong efforts.

The award from abroad was not so unexpected.

“Austrians sometimes better appreciate our outstanding personalities than we do,” Michal Srholec noted. “But behind this fact there may be better conditions, a longer tradition and economic stability that simply makes the respect for values better than it is in Slovakia.”

The Leopold Kunschak Prize has been awarded since 1965 in humanistic, social sciences and economics, and is named after an Austrian politician who lived between 1871 and 1953. Other laureates of the prize include, for example, politicians Jean-Claude Juncker, Lech Walesa, Wilfried Martens, Herman van Rompuy, former pope Joseph Ratzinger and Slovak former prime minister Mikuláš Dzurinda.