ONE OF he legends of world journalism, Ari Rath, presented his book Ari Means Lion: Memories at the Austrian Cultural Forum in Bratislava. 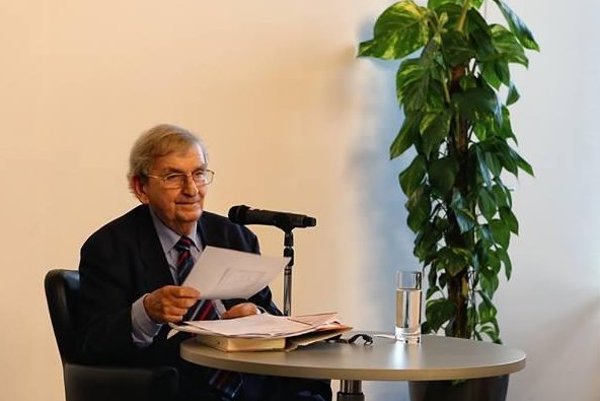 The presentation took place on May 20 in the forum’s headquarters in the Astoria building.

Rath, an Austro-Israeli journalist, was born in 1925 in Vienna as son of a Halychyna (or Galicia) Jew, and witnessed crucial events in politics and modern history which he summed up in his very personal book.

He writes about the forcible annexation of Austria to fascist Germany, called “Anschluss” in German, about his escape from Austria, his hard life in a kibbutz, years spent in the USA in a Zionist youth movement, and about the difficult time of building the new state of Israel, the SITA newswire wrote.

The Jerusalem Post, voice of liberal Israel in which he worked as editor-in-chief until retirement, is also mentioned in his memoirs, as are his journalist encounters with personalities like Konrad Adenauer, Ben-Gurion, Willy Brandt, Anwar Sadat, and others.