THIS year’s GLOBSEC international security forum that took place in Bratislava between June 19 and 21 was the largest in the event’s history, welcoming 1,130 participants from 70 countries, including British Prime Minister David Cameron. 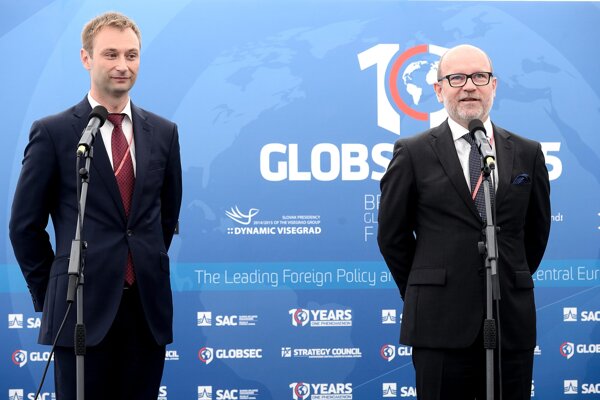 “This was the largest conference and biggest GLOBSEC we’ve ever organised to date,” said Central European Strategy Council Executive Director Robert Vass in his speech at the end of the event, as quoted by the TASR newswire.

One of the main speakers was UK Prime Minister David Cameron, and the participants also included the presidents of Slovenia, Poland, Croatia, Georgia, Estonia, Macedonia, foreign affairs ministers, defence ministers and representatives of the EU and NATO. GLOBSEC 2015 was also attended by US senators headed by former presidential candidate John McCain.

The tenth security forum revolved mainly around the Ukrainian crisis and European policies towards Moscow, with other topics discussed being next year’s NATO Summit in Warsaw, defence, energy and cyber-security, the Islamic State and the rise of Islamic extremism.

In his speech, Cameron mentioned the current major challenges Europe is facing – including  a combination of failing states and criminal gangs in northern Africa, which is causing thousands of people to leave their homes – as well as the role of Britain, which in cooperation with other European countries has ensured the security of the airspace of the Baltic states, provides training for the Ukrainian military and is carrying out the second highest number of airstrikes [after the United States] against the positions of Islamic State in Iraq. He summed up as the main cause of crises in the current world – including in Ukraine and the Middle East – the failure of governments that are not able to ensure stability in their respective countries.

The good old days are over, and we need to be prepared for years of instability ahead, said Slovak President Andrej Kiska in a speech delivered on the second day of GLOBSEC. He repeatedly stressed that the international community must overcome its indifference, inconsistency and indecisiveness. According to Kiska, the foreign affairs reality faced by Europe has changed. He added, as quoted by TASR, that it is unacceptable to have a strategic partner violate the rules and revive the rhetoric of the Cold War. 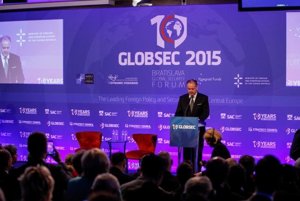 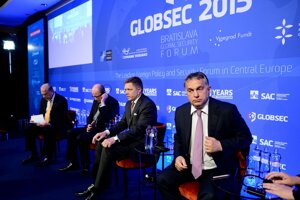 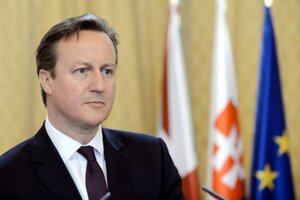 The transit of gas via Ukraine is of strategic importance and needs to be maintained even in the future, European Commission Vice President for Energy Union Maroš Šefčovič said at GLOBSEC.

The infrastructure for gas transit from Russia to the EU is used to only 57 percent of full capacity. Furthermore, the alternative routes proposed by the Russian side either lack sufficient infrastructure, feature bottlenecks that don't allow adequate supplies or, as in the case of the Turkish Stream pipeline, are still in the planning stage.

Šefčovič does not see any economic merits behind these alternatives, saying that he still expects a rational discussion that will take the cost-benefit ratio, interests of European energy security and effective economic solutions for gas exporters and importers into account.