SLOVAK President Andrej Kiska met with Charles, Prince of Wales at the Windsor Castle in England on Monday. 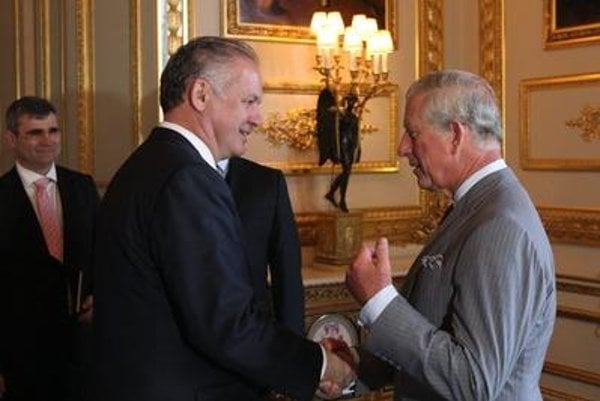 The main topic of their discussion was charity work and the support of start-ups. According to Prince Charles, he invested via a foundation into around 90,000 start-ups. Kiska invited Prince Charles for a visit to Slovakia. It will have been 15 years in November, since Prince Charles visited Slovakia, the TASR newswire cited the President Office press department.

Before the meeting, Kiska laid wreaths at Brookwood Cemetery at Czech and Slovak soldiers’ memorial, who fell in a fight against fascism. Brookwood cemetery is the largest cemetery in the United Kingdom. Tens of Czech and Slovak servicemen who served in the Royal Air Force during World War II are buried there.

In the evening, on the floor of Slovak embassy in London, Kiska met with personalities of British political, cultural and business life and also with his countrymen, Slovak professionals and students in Britain.

Kiska is on a two-day working visit to the UK, and is set to meet with the City of London Mayor Alan Yarrow on Tuesday, attend a panel discussion Startup Grind, focused on a presentation of Slovakia as a country with potential for innovative companies.

Representatives from the Slovak business environment accompanied Kiska on the trip.