Council of Europe: Set clear goals for including Roma, disabled

SEGREGATION of Roma children in the education system, virulent anti-LGBTI statements and other human rights’ issues in Slovakia were on agenda of Nils Muižnieks, Council of Europe Commissioner for Human Rights, who recently visited Slovakia. 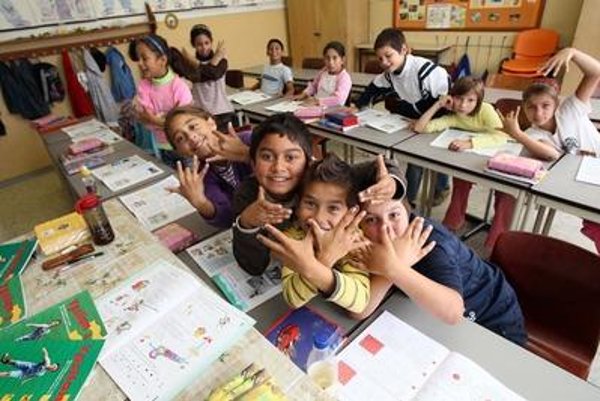 “Although Slovakia has taken important measures to advance its human rights agenda, much more ambitious targets need to be set for eradicating the social exclusion and marginalisation of Roma and persons with disabilities,” Nils Muižnieks, Council of Europe commissioner for Human Rights, said on June 19 at the end of his five-day visit to the country. “Also much more should be done to reinforce the effectiveness of the existing national human rights institutions.”

“Segregated environments deprive Roma and non-Roma children of the opportunity to interact with each other and they also reinforce deeply ingrained anti-Gypsyism,” said Muižnieks. “I was particularly saddened to see the seriously sub-standard living conditions of Roma in the settlements of Moldava nad Bodvou and Velká Ida.”

The Commissioner was alarmed at the numerous reports concerning excessive use of force by police officers during raids carried out in Roma settlements, and noted with concern the delays and slow pace of investigation into these incidents.

“The authorities should ensure the thorough and prompt investigation of all instances of ill-treatment by law enforcement officials and impose dissuasive penalties on those responsible,” said Muižnieks. “The establishment of an independent complaints mechanism covering the action of law enforcement authorities, in accordance with Council of Europe standards, would be a useful step in this direction.”

The Commissioner noted with interest the upcoming appointment of a Commissioner for the protection of the human rights of persons with disabilities and encourages the authorities to provide adequate resources and support for the efficient functioning of this institution.

Muižnieks welcomed the domestic legal framework against discrimination on the grounds of disability, including the ongoing legislative reform which aims to put an end to the system of plenary guardianship for persons with psycho-social and intellectual disabilities as of July 2016.

While noting with satisfaction the adoption in 2011 of the Slovak national strategy and action plan for the deinstitutionalisation of social care services, the Commissioner was concerned that no concrete time frame has been established for the finalisation of this process.

He welcomed the ongoing work on the adoption of an action plan concerning the human rights of LGBTI persons and the establishment of an advisory committee with competencies in this area. However, he notes with concern the virulent anti-LGBTI statements made by certain politicians and members of the Catholic Church in the context of the recent public debates on the human rights of LGBTI persons.

“The authorities need to pay particular attention to the recording of hate speech and hate crimes and to ensure that law enforcement officials and legal professionals are adequately equipped to recognise and effectively confront such incidents, which have deeply destructive effects not only on the victims but also on society,” Muižnieks said.