On 11 June 2015, Ireland’s national poet William Butler Yeats was commemorated at a concert in the Zichy Palace in Bratislava in a tribute of music, poetry and song. 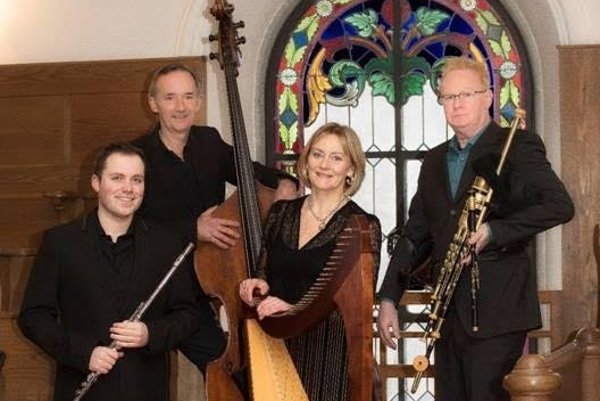 So who was William Butler Yeats and what relevance does his life’s work have to Slovakia?

Yeats was an Irish writer, poet, playwright, senator, co-founder of the Irish National Theatre in Dublin and a pioneer of the literary world of the 20th century. He was born 150 years ago in June 1865 and was awarded the Nobel Prize for Literature in 1923. Yeats lived in a dynamic era of nation-building during which Ireland’s modern identity was being formed. His poetry reflects diverse themes including love, nature, ageing, death, patriotism and politics. Yeats drew on Celtic myths and folklore, ancient Greek mythology and his spiritual beliefs in his work. He sought to inform Irish people of their heritage and to encourage reflection on Ireland and Irish identity.

2015 also marks 200 years since the birth of another poet, Ľudovít Štúr, a key figure in Slovak history. Štúr was also a politician, writer, journalist, publisher, teacher, philosopher, historian, and linguist. He was the author of a new standard Slovak language and an organiser of the Slovak volunteer campaigns during the 1848 Revolution. Separately and in very different ways, both men contributed to the creation of a sense national identity and pride in their respective nations of Ireland and Slovakia.

So how can the people of our two nations honour and build on the legacy of Yeats and Štúr? Commemorations, at home and globally, are important reminders of our national heritage and the journey taken as a nation to where we are now. Building on that progress will depend not only on the contribution of citizens living at home but also on the diaspora worldwide.

Ireland has an enormous diaspora. It is estimated that some 70 million people worldwide claim some Irish descent. The Government of Ireland is deepening its engagement with the diaspora based on a national appreciation of the importance of our wider global family.  Through listening to and learning from the diaspora, Ireland is benefiting from ideas which are being used to develop new policy initiatives. Promoting and protecting Irish identity and heritage; addressing the challenges facing Irish emigrants and supporting those who wish to return to Ireland are also key elements of Irish diaspora policy.

The Global Irish Network, a network of over 300 influential Irish and Irish connected individuals based in almost 40 countries, including Slovakia, is a central element of Ireland’s diaspora engagement. The network is a valuable source of international expertise and provides a forum for exchange of views, building relationships and developing practical initiatives.   Ideas generated by the Global Irish Network include a tourism initiative known as “The Gathering” in 2013 which contributed to a 7 percent increase in visitor numbers to Ireland and “Irish Design 2015”, which is currently showcasing the best of Irish design both at home and internationally.

Connecting with the diaspora is easier than ever before. Through modern technology the global diaspora can easily link with home and with each other. This enhanced global dialogue and exchange of ideas is contributing to an inclusive approach to the development of the nation. What better way to build on the sense of national identity and pride that Yeats and Štúr in their different ways inspired?