Who is living outside reality?

THERE are now 60 million displaced people in the world, the most ever recorded by the United Nations. Of those, 14 million fled last year alone. 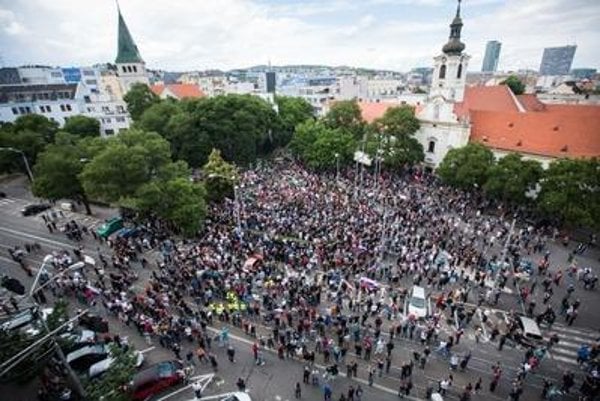 The vast majority (85 percent) of these miserable people settle close to home, in Africa, the Middle East or Asia; Turkey now hosts 1.6 million. By comparison, numbers at the question in case of Slovakia are much smaller.

According to the UN High Commissioner for Refugees, the world is witnessing “an unchecked slide into an era of global forced displacement”. That slide is reaching Europe as well, overwhelming refugee facilities in Italy, Malta and elsewhere. Brussels, understandably, is calling on the rest of the European Union to bear some of this dramatic humanitarian burden.

This is the context of the proposal that Slovakia accept another 800 refugees. The problem is not, as our prime minister alleges, that “in Brussels almost all live beyond reality", but rather the opposite: that real events, real membership obligations and real moral imperatives compel us to act.

Slovak diplomacy is resisting the obligatory quota system proposed by Brussels, but not childishly or obstinately. EU Commissioner Maroš Šefčovič said last week that if the EU states where refugees arrive, such as Italy, did a better job of registering them, judging their claims and returning those who did not meet EU standards, "then also with a much bigger trust we will perceive these proposals in terms that in Slovakia we should help 700-800 people”.

This being the case, Fico’s comment on Saturday’s hooliganism by Czech and Slovak thugs is unpardonable. Not only did it seem to indulge their violence and side with their “grievances”, but it made no mention of a pending deal with “beyond reality” Brussels under which Slovakia would do its fair share. Notwithstanding Fico’s interest in capturing the extremist vote, Slovaks expect their leader to be honest about the choices we face and the obligations that guide them. We want more, in other words, than a bad-tempered bedtime post on Facebook.

IMF leader Christine Lagarde lamented that a deal over Greece was only possible if there were “adults in the room”. Ditto, it seems, on refugees.