Foreign soldiers will train in Slovakia 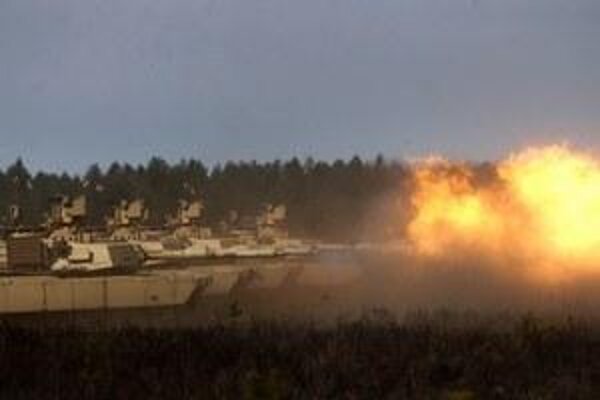 Moreover, Slovak soldiers will go to Bulgaria where they will attend the first shooting from the S-300 long range surface-to-air missile systems. This stems from the proposal submitted for the interdepartmental review, the TASR newswire reported.

The Slovak Shield 2015 training will take place between September 8 and October 2. It will be attended by some 320 soldiers from the Czech Republic, Hungary, Poland, and the United States.

At the beginning of September Slovak and Czech bombardiers will train with a Zuzana howitzer. There will also be some joint exercises of the NATO squadrons, attended by US F15, F16, and F16 fighters, Swedish Gripens, and French fighters Mirage and Rafale. The 10-day training should be held between July and November, TASR wrote.

Also the joint training of Slovak, Czech, and Polish forces for special operations is planned to take place in Slovakia. Between November 29 and December 5 there will also be snipers from the United States, Czech Republic, Austria, Denmark and Norway attending exercise on tactics and shooting in Lešť (Banská Bystrica Region). Moreover, Slovenians, Czechs, Hungarians, Austrians and Frenchmen will attend the training with toxins in Zemianske Kostoľany (Trenčín Region) in the second half of the year, as reported by TASR.

Regarding the trainings abroad, about 30 Slovaks will participate in an exercise in Spain and Portugal, which will also include the certification of the NATO Response Force’s logistics unit. Moreover, 250 Slovak soldiers will go to Poland on October 31-November 25 to attend the joint training of the Visegrad Group’s Battle Group.

In addition, 60 soldiers should travel to Indiana, in the United States, TASR reported.