TWO OF the oldest and the biggest publishing houses in Slovakia, Trend Holding and 7 Plus, will merge as of August 1. 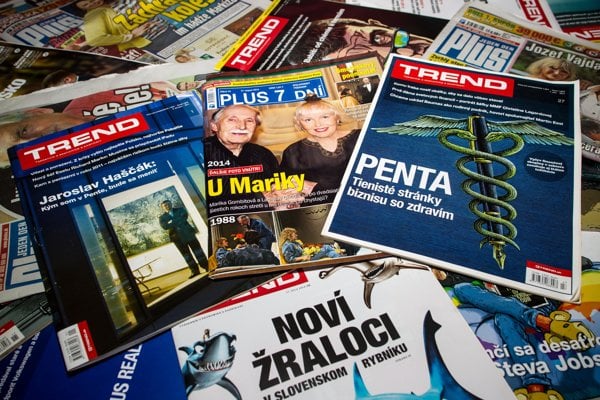 The media outlets currently published will combine into a single company: the media house of the Penta financial group, the Omediach.com website reported.

Penta bought shares in the two publishing houses last September via Dutch company V 3 Media Holdings. It acquired 100-percent share in 7 Plus, which includes also the internet company Centrum Holdings, and Trend Holding. The activities and employees of both publishing houses and their subsidiaries will move under the new company News and Media Holding as of August 1, head of the firm Peter Mertus confirmed to Omediach.com.

The merger will not affect the Petit Press publishing house where Penta owns 45-percent share via its NAMAV company.