New legislation rushes to give more incentives to big investors

“WE ARE in the final round; we have a chance to get this investment,” newly appointed Economy Minister Vazil Hudák said when introducing draft revision to the law governing state aid for big investors amid rumors a major car maker is considering Slovakia along with the Czech Republic and Poland. 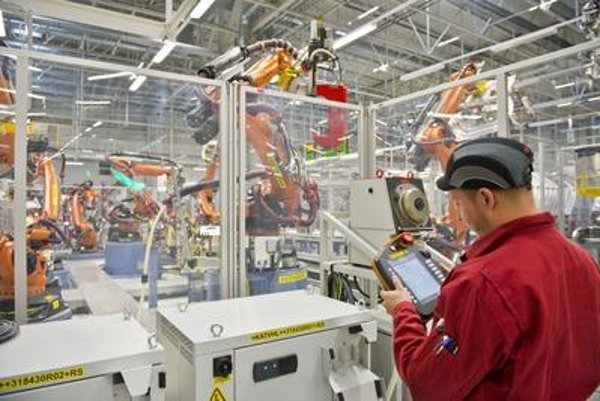 The parliament is dealing with the legislation in a fast-track proceeding to increase Slovakia’s chances, but the opposition is criticising adoption of this legislation in such a hurry.

The Slovak cabinet adopted draft revisions to the law on significant investments and the construction law facilitating usage of large unused plots for industry, services and research and development on June 17 while it is expected that the parliament will adopt them during the ongoing session.

“The revision aims that in case of so-called investments of significance it would be possible to speed up processes in terms of construction license, master plans or their changes,” said Hudák as cited by the TASR newswire.

According to Hudák, Slovakia is competing for some investments of a strategic size while investors require large plots, with ready made logisitics. Because Slovakia lacks such large plots and large industrial parks, it has already failed to get some investments, citing, for example the tyre producer Nexen which instead invested nearly €1 billion in the Czech Republic.

“We’ve had cases in the past when large investments slipped past us because unfortunately there are no large plots and big industrial parks in Slovakia,” said Hudák as cited by TASR, adding that Poland and the Czech Republic have 100-500 hectare plots prepared for such investments.

The proposed legislation should speed up preparatory processes for arrival of new investments. The revision to the law on significant investments expands the legal definition of “investment of significance” and will make it possible to label investments by companies completely owned by the state “investments of significance” if they concern the efficient use of large, so far unused plots of land for the construction of strategic parks designed for placing investments in industrial production, services and research and development.

“Today the interest of companies in investing in Slovakia is significantly higher and because of this we need to have a possibility … actively enter the expropriation process and to prepare via a 100-percent state company one large plot,” said Rastislav Chovanec, the state secretary of the Economy Ministry.

One of complications investors eying Slovakia is that plots of land have not been properly settled in terms of ownership.

“The process of uniting fragmented territories, their adjustment, the existence of the legal notion of ‘unknown owners’, the risk of possible restitution claims, unclear inheritance relationships, errors in records, as well as other aspects represent both legal uncertainty and considerable unwieldiness in the implementation of large-scale national economic activities that are of benefit to the whole of society,” the Economy Ministry  wrote.

The opposition, which criticizes dealing with these revisions in parliament in the fast-tract proceeding arguing that there are any reasons for this, warns that the revision to the law on significant investments interferes into ownership rights and limits ownership rights in the way contradicting the constitution. It also questions why the government did not act earlier, with a normal legislative process. has not acted so far and under standard proceedings.

“In the fast-track proceeding we are going in the name of I don’t know what damages that we want to remove limit basic rules in contradiction with the constitution,” said Lucia Žitňanská from the Most-Híd party as cited by TASR, recalling that the fast-track proceeding in parliament is allowed only in case of a danger of significant damages for the state or when human rights are endangered.

Pavol Zajac from the Christian-Democratic Movement (KDH) agrees that it is a pity to lose even one job, but he simultaneously asked why the government has not acted so far and dealt with the new legislation within a standard adoption process.

Parliament advanced the revision to the second reading while the government’s plan is to adopt them during the current session planned to close on July 9.

Several media outlets reported in May that Jaguar Land Rover is deciding between Slovakia and Poland as the country for its new car plant. It would become the fourth car producer, after VW, PSA Peugeot Citroen and Kia, to open a plant in Slovakia.

The Hospodárske Noviny daily described the possible investment as “the investment of the decade”. Meanwhile, Polish and Czech media reported that the list of possible host countries only includes Poland and the Czech Republic, with Slovakia out of the game. Hudák refused to identify the possible investor as well as the amount of the investment, but it should amount to some billions of euros, bringing thousands of jobs and sub-contractors.

“We are at disadvantage compared to our competitors, other countries in this region,” said Hudák. “We need to have the industrial park built very quickly because this investor will make its decision by mid-September.”