THE IMPLEMENTATION of the Readiness Action Plan, bolstering collective defence and NATO’s eastern flank, progress in building the Rapid Response Force and Force Integration Units (NFIU) as well as deployment of Very High Readiness Joint Task Force (VJTF) were main issues discussed at the meeting of NATO defence ministers in Brussels on June 24. 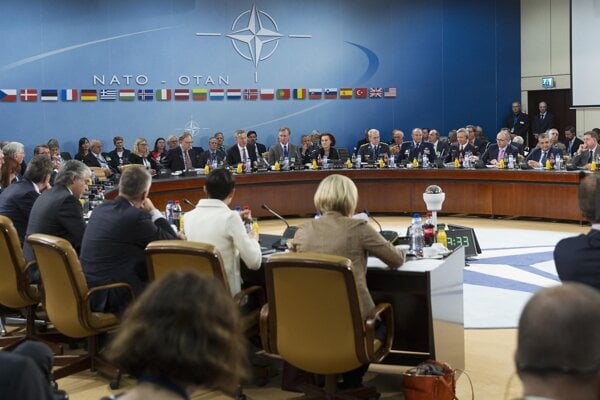 “We’re gradually embracing the real steps and Slovakia is poised to contribute to the NATO Response Force – our members of the Armed Forces are working on this quite intensively even as we speak,” Slovak Defence Minister Martin Glváč said, as quoted by the TASR newswire.

“Slovakia is already contributing to the VJTF and plans to do so also in the years to come,” Slovak Ambassador to NATO Tomáš Valášek added.

The ministers also discussed progress in meeting commitments regarding increasing defence budgeting, as agreed at the last NATO Summit in Wales in 2014.

“We clearly stated our stance: we’ll gradually boost the Defence Ministry budget and will continue to support modernisation processes,” said Glvýč who also confirmed the intention of Slovakia to bolster defence expenditures up to 1.6 percent of GDP by 2020, which approximates the NATO European members average.

Along with representatives of the Czech Republic, Croatia and Hungary – and in the presence of NATO Deputy Secretary General Alexander Vershbow – Glváč also signed the Memorandum on Understanding on the Creation of Multinational Aviation Training Centre.