WHILE LAST year, the Eurokontext.sk festival offered drama, ballet and opera spread over almost one month, its June 2015 round comprised 13 performances – of drama only – within one week in the premises of the Slovak National Theatre (SND) in Bratislava. 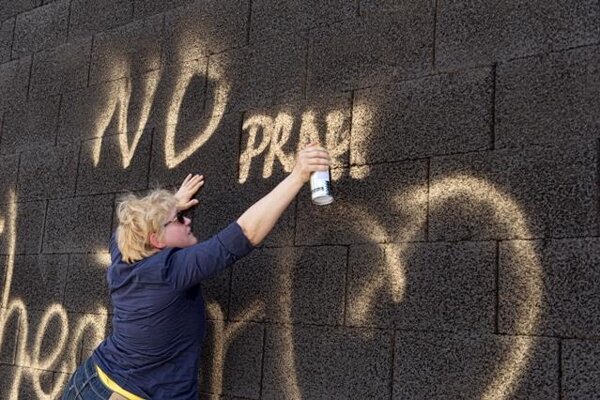 Wall was the leitmotif and the visual symbol of Eurokontext 2015 festival. (Source: TASR)
Font size:A-|A+0

But the selection of contemporary pieces (sometimes premiered only recently) that have played in both national and the largest theatres in Europe offered interesting topics in a variety of more or less artistic presentations.

About 4,000 attended the eight foreign and five Slovak plays during the week.

The topics, revolving around the leitmotif of “The Wall”, either symbolic or very physical, covered past horrors, burning grievances and unsolved traumas – like the World War II message in Vienna Burgtheater’s The Celibate, or communist heritage and the study of a dictator’s personality in Young Stalin by Teatr Dramatyczny from Warsaw, or a cross-section of history in one single house – in the Czech National Theatre’s The Stone – to more contemporary problems, like Divided Heaven played by the Dresden Theatre or contemporary horrors like The Gypsies dealing with anti-Roma pogroms in Hungary (Katona József Theatre, Budapest) or timeless themes like Maidan Diaries (Kote Marjanishvili State Thetare, Tiflis, Georgia, in co-production with Emilia Romagna Teatro Fondazione, Modena, Italy).

Slovak plays also comprised a wide selection of themes, from Slovakia’s national past and classical literature to very hot topics in the country today.

The Gypsies, a piece performed by the Budapest Theatre, is based on an older play by Jenö Józsi Tersánzsky – a dialogue from the 1920s, with a quite idyllic image of the coexistence of Gypsies and local Hungarians presented in the first act. But in the second act, audiences are brutally taken to very present times when members of the majority population hunt – and secretly shoot – Roma at night, a type of manhunt (the second part was written by Krisztián Grecsó). However, the worst part (partially shown in the play) is the reaction of the “public” which, except for a single young, naïve, urban journalist, is full of prejudices, indifference, and even hate – and, worst of all, reluctance to investigate the repeated killings and punish those responsible. 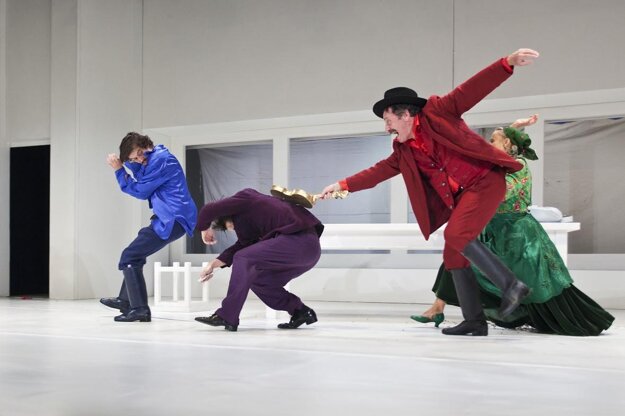 A scene form the Gypsies I (Source: Courtesy of Eurokontext)

The Hungarian play is based on real events from a few years ago – and so are the Maidan Diaries, the “documentary drama” brought by the Ivan Franko National Academic Drama Theatre from Kiev. Much less theatrical than the previous piece, this one accurately brings the authentic testimonies and first-hand stories from interviews with participants of the anti-government protests in Maidan, “Freedom Square”, from 2014 which opened armed conflict within the country and with Russia and which claimed the nation’s first fatalities. In the Maidan Diaries, written by Natalia Vorozhbyt, the content was more crucial than the form, keeping the viewers tense and eager to watch it until the very end, with many staying even for the ensuing discussion that dragged long into the night. There were many journalists and political analysts in the audience and, more generally, people just interested in hearing the “street truth” or “real truth” about what happened in Ukraine in 2014. 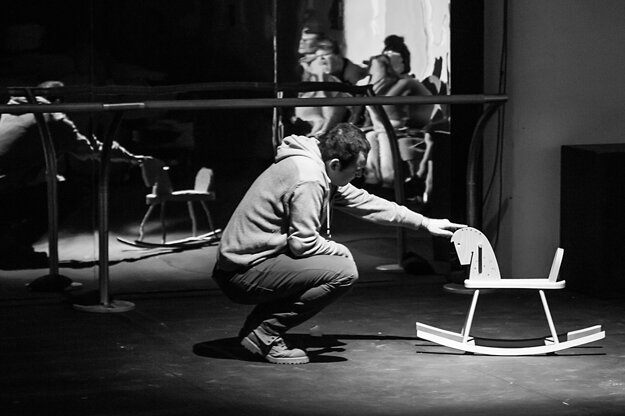 The concluding piece of the festival, Divided Heaven by the Dresden Theatre, written by Christa Wolf, touched most literally on the festival’s motif, The Wall – as it told the love story of a couple separated by the Iron Curtain in the once-divided Germany. 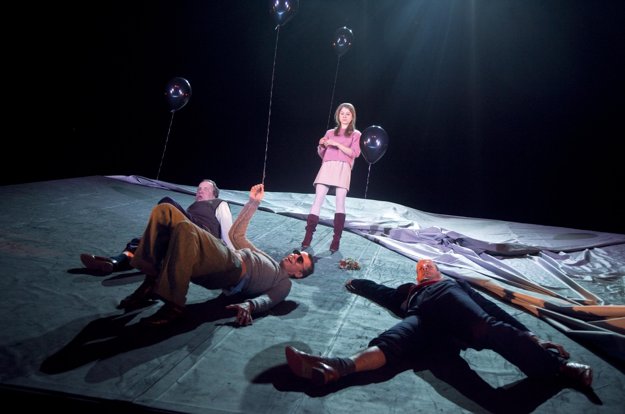 “In the significant theatres of Europe, the problem of coming to terms with the burden, the issues of the past or the present is a priority theme,” said Roma Polák, head of the drama section of the SND, who organised the festival, at a press conference. “If it is not a commercial theatre, each one tackles the fundamental issues that press on society: the problems and sins of the past and problems and sins of the present. I consider each one of these performances a kind of memento for modern society, for our times, to realise that democracy is not something that falls from the sky – we have to learn lessons from the past and prevent any authoritarian features infiltrating into modern times.”