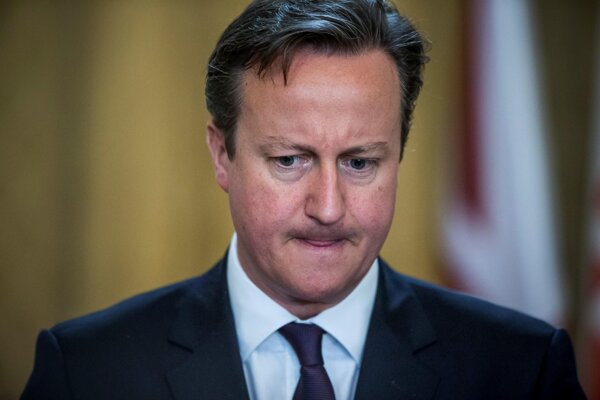 THE 10TH annual GLOBSEC conference wrapped up June 21, with the conflict in Ukraine, energy security and European migration issues proving among the agenda setting items.

“We need to invest in our defence and we need the courage to explain it to the public,” Kiska said during a rare speech in English on June 20, striking a theme that ran throughout the meeting, with the vast majority of NATO members failing to spend the 2 percent of GDP they pledge to contribute to defence each year. Slovakia is among those falling short, though the government has pledged to increase spending with a goal to reach 1.6 percent of GDP by 2020.

Cameron’s speech on June 19 was perhaps the highlight of the conference as it touched on a number of key global issues, including his attempt to negotiate additional freedoms for Britain within the European Union.

He also spoke on the Ukraine crisis, the mounting migration troubles in the Mediterranean and the threat posed by the Islamic State, among other things.

“These security threats have one thing in common: a failure of governance in other countries,” he said.

Just weeks after securing re-election, Cameron also touched on economics – a hallmark of his own recent campaign – and argued that stronger growth remains a key to security concerns. “Without prosperity there is no security,” he said. “Only with a strong economy can we spend on defence.”

Much of the agenda was meant to lead into next year’s NATO summit in Warsaw in July and NATO defence ministers were indeed set to meet among themselves in Brussels just a day after the conference closed. The event is organised annually by the Bratislava-based Slovak Atlantic Commission and this year’s event was chaired by Foreign Minister Miroslav Lajčák. The latest incarnation also saw an increase in the number of so-called City Talks, which sought to bring some of the discussions to the general public. Among the best attended of those events saw historians Timothy Snyder and Andrey Zubov discussing the legacy of World War II.

Three of the four Visegrad prime ministers attended the conference. The entire foursome met together on the morning of June 19, but Polish Prime Minister Ewa Kopacz did not make an appearance at the conference as she returned to Warsaw to cope with a mounting political crisis at home.

Hungarian Prime Minister Viktor Orbán made waves when he dismissed concerns about plans for constructing a security fence along Hungary’s border with Serbia as a mere “detail” during a discussion over the growing migration crisis in Europe. Orbán contends that his country is overburdened by illegal migrants and worries that if Hungary is the way these migrants enter the EU, they will be held responsible for coping with them. On the same panel, Fico and Czech Prime Minister Bohuslav Sobotka reiterated their opposition to any resettling of migrants mandated by the EU.

“We should not be surprised by this,” said Topolánek, whose job it is to advocate for the Eastring project. “It has been Russia’s long term goal to bypass Ukraine and control all the gas routes to Europe.”

Mitov also expressed support for the Eastring project in principle. “The infrastructure is there, we are the customers, we need to make it work for us,” he said.

A delegation of US Senators, all Republicans, also stopped by the conference on the way back to Washington DC following a visit to Ukraine. Senator John McCain used the occasion to repeatedly refer to Russian President Vladimir Putin as a “a thug and a bully”. He went on to condemn the “inundation of the Baltic states and others with Russian propaganda” and opine that NATO should have invited Ukraine to become a member back in 2008.

U.S. Senator Tom Cotton took issue with what he maintains are overly cosy relations between some European leaders and Putin. “Stop going to Moscow, stop inviting him to Europe,” he said.