The Visegrad Four have faced criticism in recent years for a lack of unity, in particular over the crisis in neighbouring Ukraine. But they appear firmly united on at least one matter – none of them like immigrants. 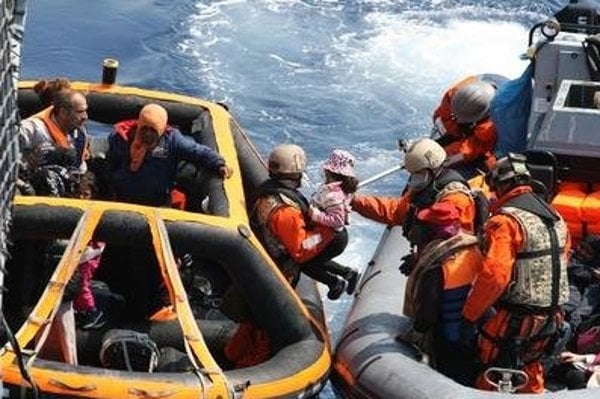 A European Commission plan seeking to more fairly distribute some 40,000 Syrian and Eritrean refugees now in Greece and Italy. Visegrad leaders are fixated on – and strongly opposed to – the idea of mandatory quotas that would require EU member states to take refugees on a basis proportional to their size and wealth. Central European leaders insist that the policy must be voluntary, but fail to note that a voluntary, and broken, policy for taking refugees is what is in place right now.

Such volunteering has seen Slovakia take a total of 650 asylum seekers since independence in 1993. In comparison, Sweden took 100,000 refugees in 2014 alone. Slovakia simply doesn’t volunteer. Neither does Poland, the Czech Republic or Hungary. This is all the more confounding because of these countries shared history of sending plenty of refugees out into the world.

About 6 million Poles left the country during the communist period. Though most went to Germany, about 150,000 of them sought and received asylum in the United States. About 500,000 Czechoslovaks fled the country and received asylum over the same period – largely in two concentrated waves after 1948 and 1968. Some 400,000 Hungarians emigrated during communism including 200,000 around the time of the 1956 revolution. When today’s Visegrad countries were in crises of their own, refugees had places to go. Other countries, near and far, took them in.

One hollow argument commonly made by Visegrad leaders in opposition to EC’s proposed quota is that “it won’t solve the problem”. There is not a single problem here there are many – chaos in Syria and Libya, poorly designed and financed EU border control policies, not to mention xenophobia. Quotas definitely will not solve those issues, but they will solve the one that sees Greece and Italy unable to contend with an estimated 60,000 migrants that have made it across the Mediterranean this year alone.

It is true that the Visegrad countries are not common destinations for immigrants from outside of Europe. Receiving more would require a period of adjustment, but its hard to believe the 785 refugees that Slovakia is being asked to take by the EC would be highly disruptive. This is about the same as the total number of football players playing in the country’s top two divisions, and equates to 0.01 percent of the country’s population.

Fears surrounding this influx are unfounded and accepting more migrants from outside of Europe would hardly turn Bratislava into Damascus. It might, however, make it feel a bit more like Vienna.