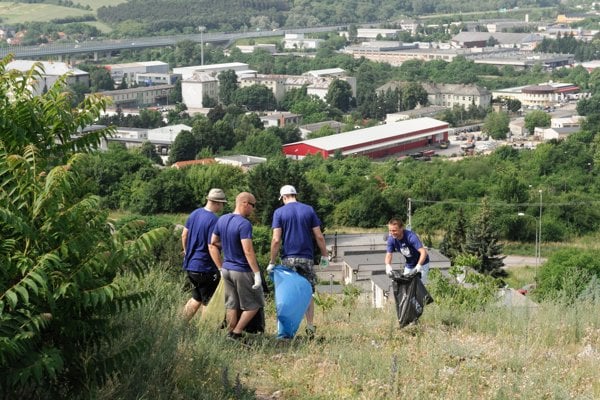 WHILE the activities of Slovak non-governmental organisations (NGOs) frequently draw praise, that does not mean the sector does not have trouble raising money. Changes to tax rules that limited companies’ ability to divert a portion of their taxes to the non-profit sector were just the latest challenge. Now, a memorandum signed by the Finance Ministry and the non-profit sector looks to bring back some stability.

“I am glad that today we signed an agreement that will mean for the third sector as well as for the Finance Ministry a guarantee and clear rules for tax assignation,” Finance Minister Peter Kažimír stated on May 5.

The third sector welcomed the memorandum and sees it as an acceptable compromise after government policies sought to roll back assignation amid the years of the financial crisis.

“The agreed upon model should be kept for the long term, which is excellent news for foreseeability and stability in financing NGOs,” Pavol Hrica, programme coordinator at the Pontis Foundation, told The Slovak Spectator. “The historical dimension of this agreement rests in erasing terms for the reduction of the assignation from the income tax law.”

Hrica specified that for 2014 companies were able to assign only 1 percent of due corporate tax or 1.5 percent if they also had donated a sum equal to 1 percent of their profit. Compared to the current arrangement, this reduces incomes for NGOs by about €7 million annually.

“The agreement in assignation keeps its volume, but assumes facilitation and improvement of the process and more significantly motivates companies to donate their own money,” Martin Filko, director of the Institute of Financial Policy (IFP) a governmental think tank, told The Slovak Spectator.

“This means that it can support the community by either €200,000 or €500,000,” said Hrica. “This is a significant difference and this may be motivating especially for large companies. We believe that the number of companies that donate their own money to increase their assignation, now accounting for about 10 percent, would double or triple.”

According to Andrea Cocherová from the Orange Foundation and the chairwoman of the Association of Corporate Foundations (ASFIN), the agreement means a significant step towards stabilising the sector that was, before the memorandum was signed, endangered.

“Now it will be also up to NGOs to motivate companies so that, apart from assignation, they support NGOs and people in need also with their own donations,” Cocherová told The Slovak Spectator. “

The ministry also wanted to provide people with more information about the NGOs to which they donate money.

“Analysis by the Institute of Financial Policy proved that people do not have such information,” stated Filko.

Thus, part of the memorandum is also a promise about the creation of a compulsory, public register of NGOs that in addition to administrative information will also contain structured data about incomes and expenditures by NGOs. It should significantly increase transparency of the non-governmental sector.

“It [the agreement on the assignation] should fundamentally increase transparency of bigger NGOs to a standard that we consider as common, for example, for companies,” said Filko, adding that it would not be possible that the website of a NGO that obtained more than €200,000 from tax assignation would not contain the name of the representative or financial statements.

For now preparation for creation of the public register is at the very beginning.

“Structured data about financial management and operation of NGOs should be part of one of two projects of the Interior Ministry related to increasing the availability of information on NGOs,” said Filko.

NGOs received about €52 million from the assignation scheme from taxes paid for the 2014 tax period, according to the Financial Administration. Hrica added that during the last 10 years companies assigned more than €300 million.

“Assignation of corporate taxes is a world specialty,” Fedor Blaščák, the secretary at the Association of Corporate Foundations told The Slovak Spectator, adding abroad are used tax deductible donations. “It runs for now only in Slovakia.”

Blaščák also highlighted the so-called charity advertisement, which kicks-in in 2016, that is also a part of the new memorandum.

IFP estimates that tax assignation makes only about 6-10 percent of the revenue of the entire non-profit sector. Filko specified that NGOs receive money also from the state budget in the form of subsidies and grants while NGOs can receive donations from corporations as well as private individuals.

“A difference compared to some other countries is the impossibility to reduce the tax base by donations for companies and private individuals,” said Filko. “This is compensated by the possibility to assign [a certain portion from tax paid].”

Hrica perceives the tax assignation as the basis of their financing and recalls that Blaščák calls this base “a trampoline”, something which enables NGOs to bounce higher.

Blaščák recalled that about 90 percent of those with tax due assign part of those taxes for NGOs, and he sees space for improvement of assignation among private individuals. They can assign 2 percent of their paid taxes or 3 percent if they volunteered for at least 40 hours in the applicable year.

Hrica sees space for improvement in the development of corporate and mainly private donors.

“For example, in the United States, the main source of income for the NGOs is fundraising among the public,” he said. “In Slovakia, it is only in its infancy – apart from few exceptions like Good Angel and a few others.”

He added that non-profits that provide social services also face an unfair rule regarding their finances.

“Various non-profit senior houses, houses of social services, shelters and so on should obtain the same subsidies for the same services for socially weaker as, for example, various communal or city facilities,” said Hrica. “Also, the provision of European and government grants should be made more transparent and not limited to a narrow group of receivers, which makes it susceptible to corruption.”

According to Filko, Slovaks, based on the World Giving Index, are not very generous as only 30 percent of Slovaks said they donated money to charity last year.

“The challenge for the NGOs is to convince people that it isn’t enough to just assign 2 percent per year and also show that the money is being used effectively,” said Filko, seeing crowdfunding as another way for NGOs and their projects to receive more from individual contributions.