Slovak oil deposits are drying up

WHILE oil drilling has never been a big industry in Slovakia, multiple tons of crude oil have been extracted each year in Slovakia for the last century. 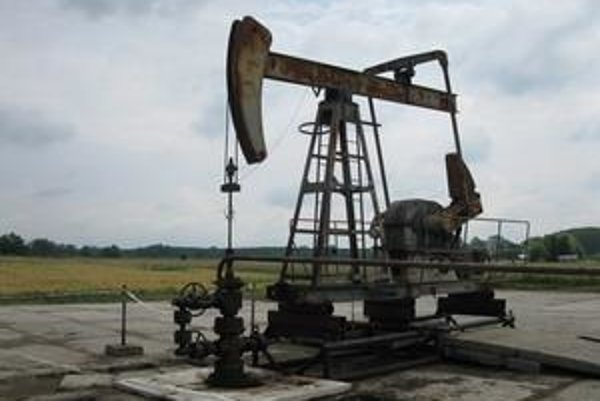 But existing oil deposits are running out, according to the Slovak cabinet in its Report about Security of the Slovak Republic for 2014. Regardless, Slovakia has usually depended on crude oil imports for more than 99 percent of its supply.

“Local extraction of crude oil compared to consumption is almost negligible”, the report states. “A trend of its gradual reduction up to the total exhaustion of oil deposits, roughly about 2020, is expected.”

During about one hundred years of the oil drilling in Slovakia, 3.8 million tons of crude oil have been extracted. Last year Nafta, the company which drills for oil in Slovakia, produced 9,000 tons of crude oil and that was about 1,000 tons less than the previous year. Nafta confirmed a gradual reduction of oil extraction as well.

“In the territory of Slovakia we can see a trend of gradual decline of extracted hydrocarbons and most of our deposits are at their depletion,” Monika Feráková, spokeswoman of Nafta, told the vEnergetike.sk website, adding that this is a region that has a hundred-year history of drilling.

But Nafta is working on prolonging oil extraction in Slovakia by more exploration activities and making extraction more effective.

“For some deposits it is possible to prolong extraction by even eight to 10 years, so what the exact year [when Slovak oil deposits would be depleted] cannot be specified,” stated Feráková.

Slovakia has routinely imported 99 percent of its annual oil consumption and it has come exclusively from Russia, being transported via the Druzhba pipeline. Last December Slovakia signed an inter-governmental agreement with the Russian Federation about oil supplies and oil transit via Slovakia. The agreement is valid to 2029 and based on it Russia should supply Slovakia up to 6 million tons of crude oil annually while the same amount will be transited westwards via Slovakia.

The reconstructed oil pipeline Adria/Barátság, with an annual capacity of 6 million tons that opened in February, will enable transport of crude oil to Slovakia from the region of the Mediterranean.

The project that will interconnect oil pipelines in Slovakia and Austria via the Bratislava-Schwechat pipeline should also serve for diversification of Slovak oil supplies.