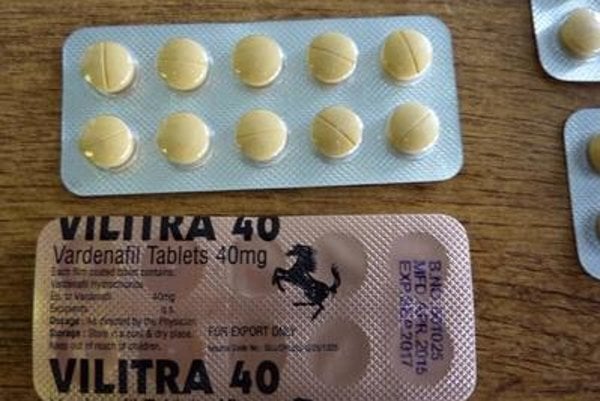 DEALING with counterfeit and illicit medicines has moved from the street to the internet and Slovakia has not escaped this trend as shown by this year’s edition of one of the biggest actions against illegal medications, the international Pangea operation which Slovakia joined along with other 114 countries. The situation in Slovakia is made worse by obsolete laws that enable only limited prosecution. The Interior Ministry is working on new legislation to allow better targeting and prosecution of those trading in illicit medications.

The Pangea action focused on monitoring websites and delivery services.

“The method of concealment nears the methods of perpetrators of [illegal] drug criminal activities,” said Miloš Hrvol, the director of the national headquarters of Interpol, as quoted by the SITA newswire. He added that checks are focusing on organised criminal activities with high revenues.

Along with their counterparts from other participating parties the Slovak police, the National Antidrug Unit, the State Institute for Drug Control (ŠÚKL), customs officers and others checked websites and delivery services during the weeks of June 9 and 16. This was the eighth edition of Pangea, an international week of action coordinated by Interpol to tackle the online sale of counterfeit and illicit medicines and to highlight dangers of buying medicines online. Pangea VIII resulted in seizing a record 20.7 million fake and illicit medicines, including blood pressure medication, erectile dysfunction pills, cancer medications and nutritional supplements with an estimated value of $81 million. Large internet companies like Google also participated in the action.

Marián Geleta, the director of the National Antidrug Unit, specified that they identified 32 websites in Slovakia that might be selling illegal medications and that the police closed down five of them. There were also 3,591 parcels with medications checked and three of them contained suspicious substances, with a total value of €954.

“One of the main topics was to point out the dangers of such medications in Slovakia as we have several times seen fatal consequences,” said Hrvol.

All eight customs offices in Slovakia joined the operation and carried out approximately 4,500 checks in Bratislava and Bratislava Region, as well as in northern Slovakia. They particularly checked parcels at airports or parcels delivered by delivery companies.

“We uncovered four violations of directives while the biggest action was in Trstená where we found 155 kilograms of [suspicious] stuff in a container with tyres,” said Ľudovít Makó, director of the Criminal Office of the Financial Administration as cited by SITA.

The most sold illicit pharmaceuticals include cancer and blood pressure medications and erectile dysfunction and slimming pills but also anabolic steroids and other medications with hormonal effects. They originate mostly from South America and South-eastern Asia.

As Geleta explained, not all illegal medications are counterfeit as often some of these medications are legal outside the European Union but not in the EU. Because Slovakia’s legislation in this field is said to be obsolete, prosecution is very difficult.

Doctors and pharmacists warn that medications sold illegally online that are either not registered in the EU or are counterfeit may not have the necessary active ingredients or can contain additives that are harmful to one’s health.

Usage and sale of anabolic steroids is another big problem because if anabolic steroids are not taken under medical supervision their use can have fatal consequences. Bodybuilding discussion forums are often used to broker their sale and some are thought to arrive in Slovakia via Poland. Geleta specified that it is currently impossible to prosecute the sale of anabolic steroids via the internet based on existing Slovak law and the legislation under development should address this issue as well.